Scott Brown’s Return To Celtic Would Not Benefit Anyone At The Moment. 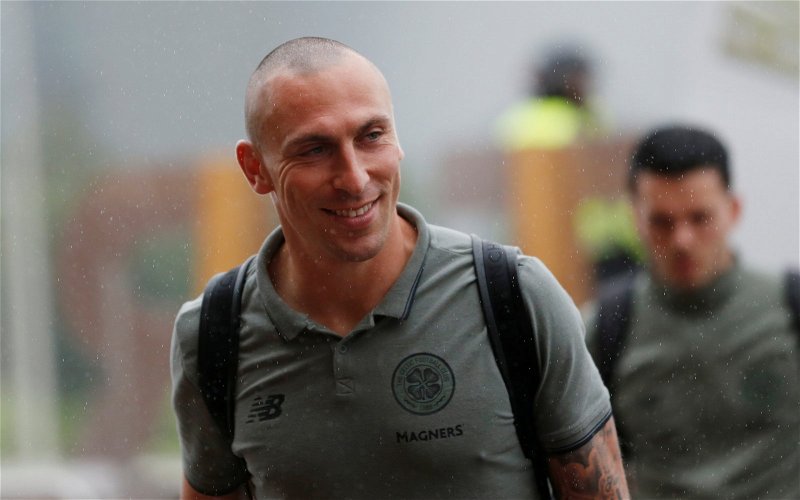 There are a lot of things that sound good, in theory, but in fact would be pretty awful.

I am not saying that Scott Brown’s return to Celtic Park, this early, in a coaching role, would necessarily end in disaster but I see no upside to it, and plenty of possible negatives.

There is no doubt in my mind, or anyone’s mind, that Scott Brown will return to Celtic someday in some capacity or another, but we’re way off from it.

For a start, he doesn’t have enough coaching experience simply to walk into a job at Parkhead and we’re not, at the end of the day, running a charity here.

The Lennon experience should have taught us everything we need to know about the dangers of making an emotional decision rather than a smart one, and if we’re being honest it’s only the emotional appeal of this which sells it.

Aberdeen have not improved whilst he’s been on the coaching team there. We can blame that on Stephen Glass as much as we want, but there’s more than one cause for their shocking demise and you have to think that inexperienced coaches is part of it.

We’re not exactly doing badly at the moment, are we?

Whenever you add a new dynamic to a club you risk upsetting the very delicate balance which already exists.

Brown is a big personality. It is not difficult to see circumstances where his arrival changes things behind the scenes in a way that is not terribly positive. We have to be careful with that.

Ange doesn’t know Scott terribly well. Any decision to bring him back to the club would be unlikely to have been suggested by the manager although I suspect he would sign off on it if other people told him it was a good idea.

But even that is a big no-no.

We can’t force people on this guy, even in a well-intentioned way.

Scott’s return, if it comes, has to be a decision by the full coaching staff, for the right reasons, at the right time and at this point we have enough to get through the campaign without creating any un-necessary complications or taking un-necessary risks.

Brown needs to learn his trade somewhere else.

That’s for the best. Lennon should have done it in the first place; hanging around Celtic Park as a youth coach in no way prepared him for the top job, but he got it in spite of that and I never agreed with it.

I have no doubt that Brown will return when the time is right.

Perhaps in the close season, perhaps the one after that.

But he needs to have a lot more experience than he has right now before he does, because then it’s a decision based on merit and not on sentimentality.

This club has, by accident or design, stumbled onto a stable backroom system … we mess with that at our peril and right now Scott Brown is too big a risk.