Celtic Has Scored Less Than 100 “Legitimate Goals” Ever: An Exclusive By Keith Jackass. 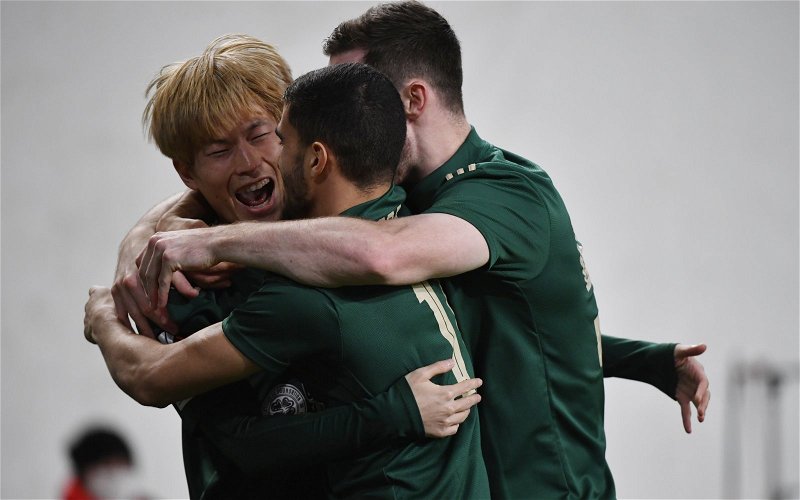 Celtic Has Scored Less Than 100 “Legitimate Goals” Ever: An Exclusive By Keith Jackass.

Today this writer can exclusively reveal the details of a brand new study at the University of Larkhall, which reveals a damning finding. Although not yet peer reviewed, the study is set to rock Scottish football to its very foundations and start a debate about title stripping at the very least.

At worst, it could see Celtic deducted massive amounts of ill-gotten prize money.

According to the review, written by Professor Billy King, who has looked at every televised game involving Celtic over the last ten years, he has found mistakes by officials which led to 90% of their goals.

Extrapolating backwards over time, he claims he has identified errors in ninth tenths of the other goals for which there is footage.

“This just goes on and on and on,” he said. “It’s been the norm for years, probably for the whole of their history. They have probably scored less than 100 legitimate goals in total, in their entire existence. If you take one of their goals, and trace back far enough, you find mistakes by the refs. Take the Ralston goal at Ross County. There was a clear refereeing error in the first minute of that match, not even a minor mistake but a shocker. If that never happens the whole game pans out differently and they never get to score that late winner.”

I asked what this would mean if you assumed that his results were broadly correct.

“Well it means … it’s everything. They have probably never legitimately won a major honour. It means their league titles would have to go. Their trophies would have to go. A few mistakes over the course of a season, you can understand that, but the pattern here is so clear and obvious that it has to be the result of corruption. Everything they’ve ever won would have to be stripped from the record. Once this is peer reviewed … it’s dynamite.”

We spoke to a senior lecturer at another university, who read over the first couple of pages.

“This is trash,” he said. “It’s all full of assumptions. There is selective use of facts. There is re-interpreting rules to suit the thesis … look at the section on the European Cup Final of 1967. He wants the two goals chopped off because Jock Stein took the home dugout rather than the away one, and because the Celtic side sang in the tunnel. It’s just ludicrous.”

Tom English of the BBC had a different take on it.

“I think there’s definitely something here. All of this has to be looked at very, very carefully. There are clearly grounds for a fuller investigation and depending on what that reveals … well, Celtic will be sweating this.”

We reached out to Celtic for comment on the possibility of having titles stripped and the entire history of the club erased. He seemed depressed at the prospect.

“You again,” he said. “Bloody Hell mate, how many more times have I got to tell you not to call me in the middle of the night with garbage? If our club’s history is erased, that would work out well for you … but we really only need to hang onto one trophy, right? That will put us on equal. And since I plan on winning every trophy I come across it won’t be long until we’re way in front of you again. Does that answer your question, mate?”

The report should be published late next year.