Celtic Must Warn The Ibrox Club About The Conduct Of Its Fans Tomorrow.

But whatever it is, we should be willing to test the resolve of the governing body if the need to do so arises.

Because tomorrow the Ibrox fans come to our stadium on the back of their shameful behaviour at both Ibrox and Hampden. 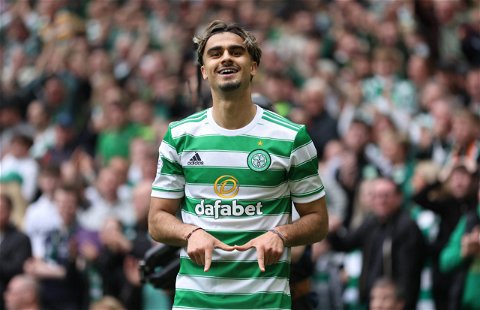 They have 700 or so tickets. It’s a small number, but that small number can produce a toxic atmosphere.

They can break seats. They can sing racist and bigoted dirge. They can fight with the stewards and throw stuff at our fans and players.

They have done all of this in the course of this campaign so far.

I was down in London this week, and I spoke to a lot of the bloggers and writers and podcasters from other clubs, and I was amazed that many of them had heard of an incident at the Motherwell ladies match a few weeks ago, where an Ibrox fan group turned up although their team wasn’t even playing, and they caused mayhem.

That story got played down in the media … but even down south, football fans were talking about it and know that it happened.

I hear rumours that it was to do with some feud with the Motherwell fans, but to attack women and kids in the name of their vendetta was a low act even by their shocking standards.

That shows you what we’re dealing with.

In light of all this, our club should be having a word with their board and letting them know in no uncertain terms that if there is any trouble tomorrow that their fans will get no tickets whatsoever next season, and we should be perfectly willing to take the SPFL on over the matter.

The fact is, the governing bodies have failed lamentably to punish Ibrox for the behaviour of its supporters, and this has only encouraged their shocking behaviour.

Celtic should therefore take the responsibility for protecting our fans, our stadium and the players and management team.

We should let Ibrox know that any misbehaviour will draw a response from us, and we should let the governing bodies know, in advance, that they have the summer to put in place a serious system of sanctions … or we will act independent of them and dare them to do their worst to us.

Who has the slightest doubt how that debate would play out in the public domain? Scotland’s chattering class would be forced, finally, to confront the Ibrox problem or take their side over Celtic, and I don’t think that’s a public argument Ibrox will win.

All of us are sick and tired of the cowardice and inertia of Hampden.

All of us are sick and tired of the club from across the city thinking it can throw its weight around, and thinking that its goonish fans should be allowed to sing what they like, throw what they like and do what they like without there being a single sanction.

If the SPFL doesn’t want to enforce its rules on them, we should force them to enforce the rules on us and let’s see who wins the PR war.

Nobody else is prepared to draw this line in the sand, therefore in my opinion it is down to us.