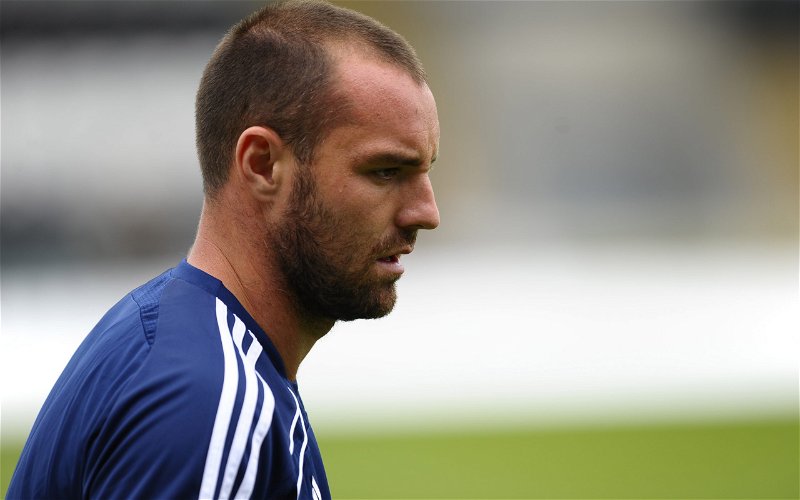 Kris Boyd did not need to congratulate Bayern Munich on winning a tenth consecutive title.

Nobody in Germany was sitting waiting on this intervention.

Nobody at the great club itself was holding a bottle of champagne, unable to pop it open, without first having his good wishes on the record.

Even if they were good wishes and not something else.

No, Boyd did not have to do that.

That he did so was not born out of any desire to offer fulsome praise to a team which has achieved something big.

No, in congratulating them “on making the ten” the inference would have been perfectly clear even if he had he not made an obscure reference which not a single person in Germany and few in the wider world will get.

“Turns out Terry Munro is German” he wrote.

Even as someone widely familiar with Scottish football I had to Google that one to refresh my memory.

I know the goons across the city reference that name from time to time but that could mean anything and cover subjects so dark that it’s better not to dip a toe into them. And I was right about what I thought the genesis of it was.

But it would not have dawned on me for a minute to use an example like that to emphasise a point.

And besides, isn’t that obscure and bizarre arcana which speaks to … obsession?

All Boyd has done here is prove that Celtic dominates his every though.

His first instinct on seeing that Bayern Munich had won their tenth consecutive title was to have a dig at us on social media?

I saw it and thought how big an achievement that is in Germany and how scary that is for the future of European football … it has dramatic, and even awful, implications.

But none of them would have rattled the brain-cells of this nasty individual with the intellectual heft of the Piltdown Man.

His hatred is so sharp and his world view so narrow that you can actually visualise him giggling like a schoolboy playing a prank as he posted it, convinced of his own genius, utterly blind to how small-minded and pitiful it makes him look.

Let’s be honest, if you were reading that in Germany (not that anyone in Germany gives a toss) you would find it bizarre.

If you were reading it anywhere but Scotland you’d be thinking, “What a moronic thing to post … is he offering his congratulations or is he scoring a cheap half a point?”

We know it was the latter … but then, we do live rent free in this yahoo’s head.

If you ever doubted it, what further proof are you looking for?