The BBC’s Resident Idiot Gives A Car Crash Interview On Why Celtic’s Boss Shouldn’t Be MOTY. 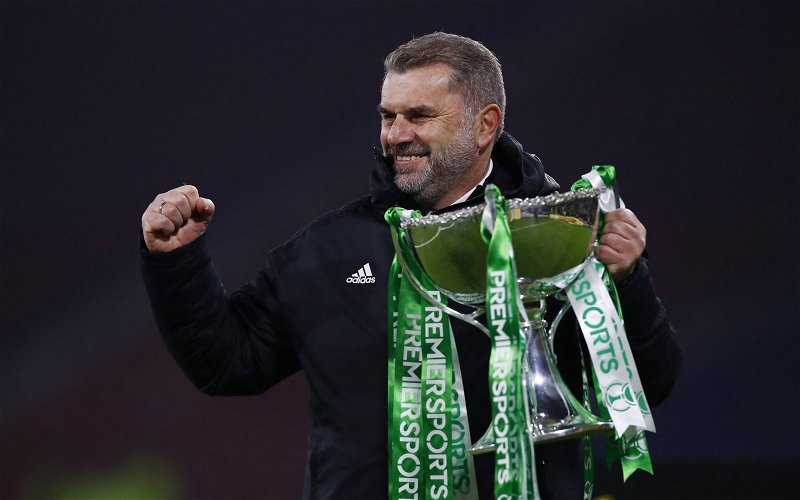 The BBC’s new resident idiot, Ricky Foster, who is probably one of the stupidest people ever given a pundits chair, has beautifully summarised what I said earlier about the arguments against Ange winning the manager of the year award as being a tissue of lies.

Foster’s argument, in favour of Robbie Neilson, is so brazenly bad that it blows your mind.

It also sums up the whole anti-Ange chorus going up from some of these folk.

Speaking on PLZ, he got himself into one Hell of a state trying to defend his clownish view.

“I’d probably go for Robbie, just because of how big the transformation has been,” he said, and that’s the part where you should properly start to laugh because of course there can’t possibly have been a transformation at Celtic, can there?

Not the club that finished more than 20 points behind their rivals last season and who lost four key players and a number of others, and who didn’t appoint a manager until pre-season training was about to get underway.

“Ange Postecoglou has done a fantastic job, but he’s at Celtic and they are expected to win leagues and cups,” he said next.

Except … as the anchor was quick to remind him, nobody expected Ange to win a damned thing this season and they all said so before a ball was even kicked, and they were certainly saying it loudly after the start to the campaign we had.

When he was asked straight if he was saying Ange was expected to deliver a title this season he actually backtracks.

“Probably not, no,” before adding this incredible caveat. “But he doesn’t have budget restrictions like Dick Campbell does.”

So why then isn’t he nominating Campbell for the award?

When asked if Neilson has budget restrictions compared to Campbell (which is a great question, because it shows the utter nonsense of this line of reasoning) he stumbled.

“I suppose neither does Robbie, to an extent …”

So having lost the argument over the transformation – Celtic has been utterly transformed and everyone knows it – he shifted to how we were expected to win stuff. When challenged on the veracity of that claim he jumped to budget restrictions. When it was pointed out to him that Neilson has a vastly bigger budget than Campbell what did he finally end up with?

“Just to be different from the lads, I’d go for (Neilson).”

So in the end, damn all to do with expectations, transformations, budgets or any of that other stuff.

But “just to be different.”

What an absolute moron he has been made to look here.

What a car-crash that interview was.