The Latest Ibrox Sponsorship Scandal Is A Warning For Other Clubs And Fans. 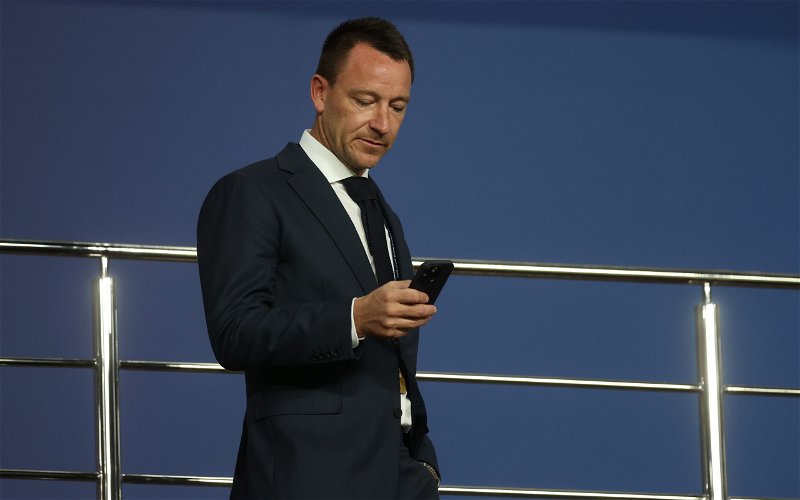 The company itself looks like it’s in full retreat.

It popped up, took some money, and now looks set to vanish like the proverbial fart in the wind.

Even as I write this, Hibs just moved to assure their own fans that the collapse of the company – which was also in business with their club – won’t leave anyone out of pocket. Refunds were being issued to everyone who bought a “token”.

If so, then Hibs fans have had a lucky escape.

Ibrox will presumably follow suit and refund its own supporters.

These folks have gotten off light if their clubs do make them whole.

The whole NFT market is an unregulated shit-show filled with fly-by-night types and chancers.

Is there money to be made?

Yeah if you’re lucky, and don’t let anyone tell you that skill has anything to do with it.

These are turbulent assets, subject to all manner of external fluctuations … nobody is making money in that business from studying fundamentals. There are none.

Let me try to explain, for a minute, what we’re talking about here.

An NFT is a “non fungible token.”

What in the Hell is that, you might ask? Well, non-fungible basically means that there is only one of them. The “them” in this case being a tiny digital “coin” usually with an image on it.

Someone has described them as pieces of “digital art.”

These things are all the rage for fools with too much money.

The story of John Terry and his “monkey avatar” is famous, as is the one about another England player buying “dragons eggs.” You have to think of these things as like digital trading cards … yeah those Panini stickers you used to swap on the playground at school time, always hoping for a Celtic badge.

These things are essentially worthless, of course.

Like the tulip bulbs we’ve talked about on this site many times before, and the mania which gripped Europe over them, their “value” lies in what someone is willing to pay, nothing else.

Back then, if you bought a tulip bulb though you did actually have something you could hold in your hand.

You can’t hold these in your hand, they have no use or purpose.

And the “ownership” of them is pretty vague as well.

You could, for example, buy one of Terry’s monkey tokens but he owns the copyright to it, which means you can’t use it for any purpose … I’m sure you could think of a hundred purposes, right there, off the top of your head eah?

Also, anyone else can reproduce it quite freely in various forms … your “ownership” doesn’t prevent that at all, just as you can own a Mona Lisa replica and hang it in your bathroom.

You just wouldn’t be able to claim it was the same one as hangs in the Louvre.

I keep on hearing that “NFT’s are the future” but the future of what exactly?

They fulfil no function; they perform no role. They are little pieces of digital code.

If you’re in the game and you’re trading in these things, I can understand what purpose they serve in your life … I’m just not clear on why anyone with a sense of priorities or perspective would buy one.

There are sounder investments out there, and you have precisely zero legal protection or insurance if the value drops.

A bar of gold is an investment.

Shares are an investment; you even get a nice certificate to hang on your wall.

But those thing have fundamentals to back them up. This stuff is pie in the sky, relying on nothing but suspension of disbelief.

If you’re thinking “that sounds utterly ridiculous and too mad to be true” then believe me, you are due a congratulatory pat on the back because in spite of how weird it sounds you are keeping up just fine.

John Terry is selling little digital images of apes to football fans who will each own a unique “token” with no use whatsoever in the real world and football itself is jumping headfirst into this landscape which is part minefield and part cesspit of criminality.

In some ways, it’s a giant Ponzi scheme with the earliest investors getting their chunk of change back and in triplicate because hundreds of others “invest” at lower levels and artificially inflate the value of the brand.

That’s why these companies – such as Sportemongo – pop up swiftly, grab a chunk of capital, and then disappear just as quick.

The whole market is ungoverned.

There are no laws being broken here, because everyone who buys one of these tokens get something “of value” in return for their money.

If that value happens to be less than you paid, too bad and so sad.

Celtic, on its own, has largely stayed clear of this stuff … but we’re now part of a joint SPFL deal, the one Ibrox pulled out of because, irony or ironies, they had deals with two existing digital currency companies … one of which has just gone bust.

As far as I’m concerned the game should be staying well clear of this stuff, which can only hurt ordinary football fans who get lulled into thinking that these tokens are worth “investing” in.

The Ibrox fans and the Hibs fans have had a narrow escape.

The rest of the game needs to take this warning, and learn from it.