Why Celtic’s Loanee Out In Belgium Still Has A Chance To Come Home. 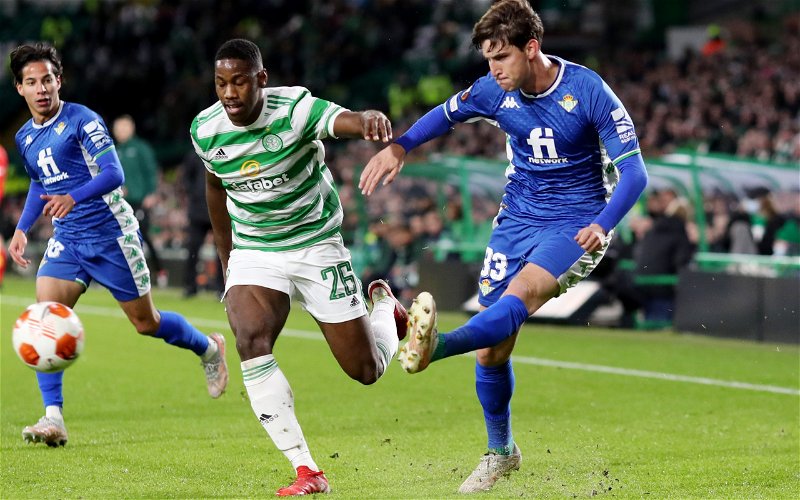 Osaze Urhoghide is walking a well trodden path, and nobody should assume that he has gone and is not coming back. Yet a lot of the newspapers today seem to have made that astonishing leap.

The manager himself, big Ange, has said he isn’t writing the guy off.

Other people doing so would be advised not to be so hasty.

The big defender is on loan in Belgium, following the Jack Ross path. He didn’t play much – seven games in total after his January loan move – and the club has an option to buy him, but the clause is too rich for their blood.

It remains to be seen how good this guy might be in a Celtic strip … but it’s only by seeing him in one that we’ll find out.

Don’t be surprised if the Celtic manager agrees.

We have a defensive dilemma, with Jullien set to leave.

With him at the club you could not really see a way into the side for Urhoghide; he would have been fourth choice behind our established two and Stephen Welsh. With Jullien gone, there is a hole in the side.

Most expect the manager to spend money to fill that hole, but if the big guy we signed from Sheffield Wednesday can show that he has something, why shouldn’t he get the chance to prove it back at Celtic Park?

We’ve sent players out on loan before and had them come back better footballers.

It happened with Ryan Christie and Kris Ajer most notably; this guy could be one of the success stories and there’s nothing to suggest that the club has written the player off … except that bizarrely we allowed the right-to-buy clause in the deal in the first place.

But as with all such clauses, the right only gives them the opportunity to make an opening pitch.

If the big guy talks to the manager and gets the feeling that he’ll be given more opportunities at Celtic Park, I see no reason why he wouldn’t opt for that. Ange has to want to of course … and that’s where we’ll find out if he’s rated.

The next few weeks are going to be filled with stories like this … we’ll see what deals are finally done, but do not rule out the possibility that at least some of our loanees are going to get their chance to shine.

This big guy could still be one of them.