Allowing Ibrox Free Reign Has Brought Our Game To The Brink Of Disaster.

Like Boris Johnson in the wake of last night’s double by-election disaster for the Tories, Neil Doncaster is technically still in office this morning and vowing to carry on.

But the storm clouds are gathering. It is not impossible that he will face a confidence vote.

The club calling for that vote will be the one from Ibrox. 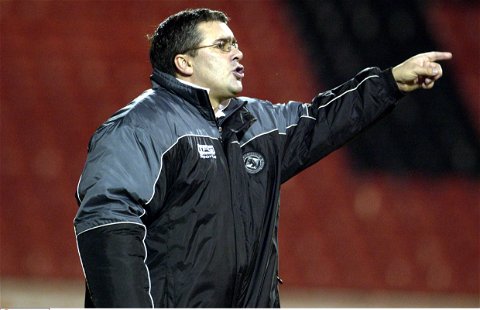 Ian McCall Is Not A Neutral In The Cinch Debate. He’s An Ibrox Stooge With An Axe To Grind.

The SPFL’s Latest Statement Is Laugh Out Loud Funny In Its Breathtaking Naivety.

The SPFL’s Statement On The Cinch “Settlement” Is Not A Victory But A Surrender.

That’s the only reason I think Doncaster might win it.

It no longer matters who moves the motion – since Celtic is clearly intent on propping this clown up – only what the results of it are. He will probably survive, but even if he falls this time, it’s ten years too late.

Doncaster should have been told that the gig was up a decade ago, in the wake of his scandalous conduct during the Rangers crisis.

If people think his lack of oversight, or basic stupidity, has endangered the present commercial standing of the SPFL then they are late to the party because his very presence has been a threat to it since he and Stewart Regan basically branded the game in Scotland all but worthless back in 2012.

Not since Gerald Ratner called his own jewellery third-rate junk has a CEO so demonstrably harmed the product he was supposed to be in charge of selling.

No modern chief executive should have come through that period with his job, and in particular not when a club chairman had stood on the steps of Hampden and called his behaviour corrupt.

This latest crisis is entirely down to weak leadership from Doncaster and others.

Yes, I blame Ibrox for sparking it in the first place, but they are only doing what they are programmed to do; this is the frog and the scorpion story all over.

This site has been consistent in pointing out that the kid-gloves treatment does not placate Ibrox or bring them onside. They are a rouge club, doing whatever they please, pursuing vendettas and nursing victimhood and grievance.

They cannot be bargained with or reasoned with and if you try to appease them that only leads to further misbehaviour.

Their club is not in the least bit concerned with the greater good of the game, and the league body has allowed them to believe that they are special and not subject to the same rules as others.

Clubs have realised this, finally … but nothing will change as long as Doncaster remains in post.

He is weak and incompetent. He is a joke this game has tolerated for too long.

I cannot imagine any scenario where Doncaster is ousted where we wind up with someone worse unless Ibrox is allowed to appoint its own CEO to the post.

And surely Scottish football isn’t that daft? Is it?