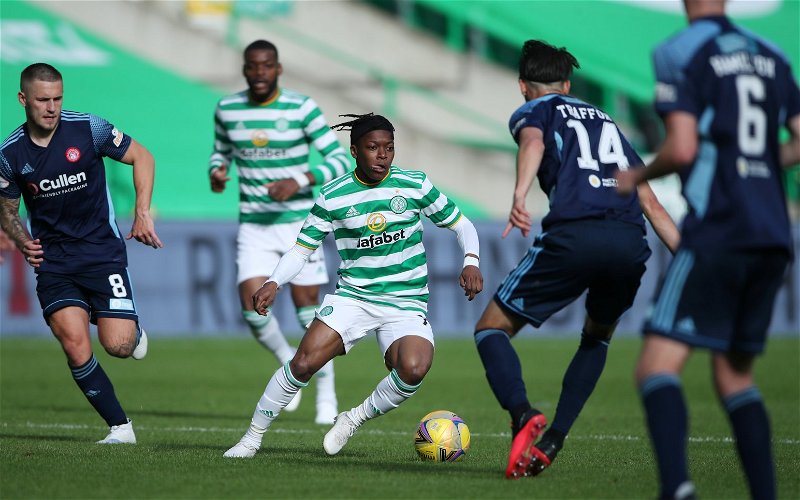 So the news is official, and we all suspected this.

Karamoko Dembele has been allowed to leave the club. To the best of our knowledge he has nothing lined up. We don’t know whether he wanted to stay or expressed his intention to leave, but one of the longest running sagas in the club’s recent history has come to the ignominious end that many of us feared that it might. He didn’t do enough to stay.

Along with his departure, the club announced that it had parted company with a number of others. One name stood out amongst them; Luca Connell, and I know that for some people that was a greater shock than seeing Dembele depart.

I think we always believed that Dembele would go, one way or the other. But Connell was signed as a very promising prospect and he has not justified that tag. So what happened here? Somewhere along the line, the progress of these players stalled.

Somewhere along the line, they stopped moving forward. Their development ceased to be happening. Part of this is the mess Scottish football has made of the reserve and youth leagues and that’s not Celtic’s fault, but it’s clear that there have been failings inside the club as well. These guys were never going to play first team football on a regular basis, not at this point, but they could have been pushed for that two or three years from now.

Lennon’s two years at Celtic Park did real damage to certain areas of the club, as some of us always suspected that they might. He signed Connell but had no idea what to do with him. He didn’t know what to do with Dembele or others either.

Ange arrived too late to make a difference to these two players, they were already on a backwards trajectory. He will have an impact over time, but he needs real help from the club hierarchy, who need help from the governing bodies … and I’m not holding my breath.

These were two promising footballers and neither should have stalled like this, and whilst there are many reasons why this may have happened at least some of the blame for it lies in the incoherent way we bring our youth players on.

We still have to find a berth for our young players for next season, and I worry a lot about the impact of their not playing at all, which is marginally worse than having them play at the miserable level of the Lowland League.

A permanent solution is needed fast.