Ian McCall Is Not A Neutral In The Cinch Debate. He’s An Ibrox Stooge With An Axe To Grind. 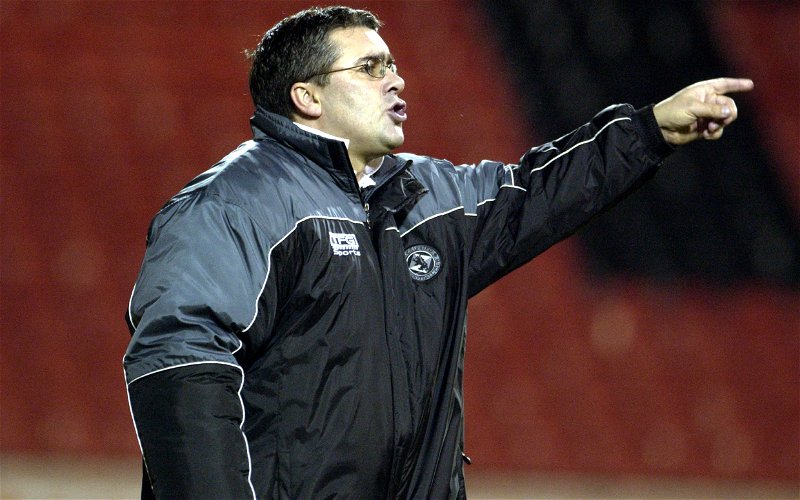 Man oh man, Mark Pirie of The Record is having one of those days. His latest piece is just as bad as those quoiting Transfermarkt.com which I wrote about earlier.

It is about how Ian McCall has seemingly backed Ibrox in their dispute with the SPFL.

This isn’t news. Ian McCall has such a reputation as a pro-Ibrox puppet that he ought to have a blue clad arm up his arse. The idea that he has ever taken anyone’s side against them in any debate or dispute, however in the wrong they are, is absurd at best.

Not only that, but asking his views on the SFA is like asking someone who’s just been stung to offer an opinion on wasps.

He is still smarting from the SPFL decision, in 2020, to relegate Partick Thistle on a points-per-game basis when the league came to a premature end, which nobody had wanted to do and which was only arrived at with great reluctance.

I’ve always wanted to know what bubbling fools like him, and those at Hearts who even now like to throw it about as proof of the incompetence of those in charge, would have done instead.

A points per game average was the only fair way it could be done.

McCall has carried the grudge ever since, so asking him to give a neutral take on the cinch dispute was daft in the first place, even if you ignore the fact that he’s a long term Sevco apologist.

He speaks for no-one but himself and the others like him who think Ibrox can do no wrong, or who have some axe to grind against the SPFL board. On this one they have acted with total weakness and gross incompetence, but no-one in the game can be unaware that this whole thing was needlessly provoked by Ibrox itself for no other reason than to start a fight.

They put themselves first as usual, and whatever I think it says about Doncaster and MacLellan that they have consistently allowed Ibrox to get away with this sort of stuff, it should never be forgotten that it was the club itself which decided to cynically exploit the moment for their own ends and put other clubs at risk.

Their egotism and sense of grievance endangered a major commercial contract, which would have had major consequences for those others and they didn’t give a toss. McCall and other pro-Ibrox jokers might want to ignore that, but others won’t forget.

For anyone to ask this guy’s opinion – and it wasn’t Pirie who did, he simply copied the story from elsewhere and put a bit of spin on it – on this issue is hard to credit.

That anyone thinks what he had to say is worth hearing is even stupider than that.