Scottish Football Fools And Those Who Take Advantage Of Them.

There is an age old custom in Scottish football, and it’s this; to deny it when you’ve been royally made a fool of. The number of times I’ve seen this … if I had a quid for each of them you would get one post a week, and I’d be by the pool the rest of the time.

Yesterday, in the United States, the Supreme Court overturned Roe vs Wade. It’s a cataclysmic decision for women’s rights, and I’m not going to go into the long and short of it except to stand, agape, and marvel at the rank stupidity of Susan Collins.

If you want to look up the word “mug” or “idiot” or “stooge” in the dictionary, it ought to have her stupid face next to the definition. Because there probably isn’t a person on the planet this evening who looks like a more complete fool. 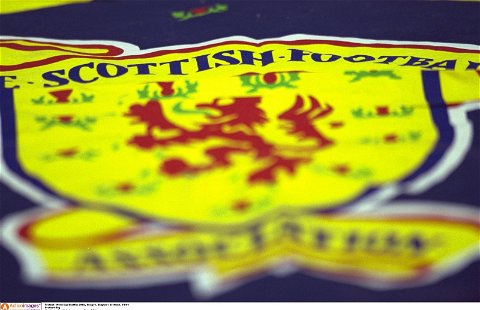 Celtic’s Failure To Show Leadership Is Why Scottish Football Has None.

The SPFL’s Statement On The Cinch “Settlement” Is Not A Victory But A Surrender.

English Football Is Getting Its Independent Regulator. It Is About Time Scotland Did.

She was the Republican senator who’s swing vote put both Neil Gorsuch and Brett Kavanaugh on the Court. Today she says she was duped. My answer to that is the only person who conned Susan Collins was Susan Collins herself. She believed what she wanted, not what she knew to be true. I hope she feels an acute sense of humiliation.

I hope that it lasts her the rest of her life.

Some people are just begging to be played like this, and you look around Scottish football and see plenty of evidence of it. For starters, what did Celtic expect when they propped up Doncaster?

I know Lawwell thought of him as a useful idiot, someone pliable, someone weak enough to do as he was told. But what happens when a weak fool acts like a weak fool in his dealings with certain clubs and in the face of intransigent sponsors?

Then the decision to leave such a man in office becomes your problem, and your crime against the game. Our club is not innocent in this. We are at least partly to blame for the mess.

Likewise, whatever promises or agreements the SPFL thought that it had gotten from Ibrox over the resolution to the cinch fiasco are already ashes in their mouths as the board over there reneges on them and ramps up the rhetoric against them.

To have ever believed that it would be otherwise took a special kind of stupidity. Now the board reels at hard questions from other clubs who cannot believe they could have been so daft as to think they had fobbed Ibrox off by giving them what they want.

When are people in our game going to learn the most valuable lessons? First, that those who brazenly lie and act in their own self-interest will do so again and again and again, and secondly, when you leave people in place who you know have a propensity for making a mess of things all you can expect from them is a bigger mess.

Doncaster and the dreadful Ibrox board laugh at the rest of the game. At its weakness, at is lack of vision, at its inaction, at its absence of purpose.

Outside agencies like Sky and others watch all this and know they can throw us subsistence level rations at contracts time and treat us like shit until the re-negotiations come round again, where Doncaster will prostrate himself before them, grateful to be getting anything at all.

When you leave bad leaders in place for fear of rocking the boat you get what you deserve.

When you allow charlatans and liars to get away with their sins and then choose to believe that they are good people against all evidence and form, you get what you deserve.

For Celtic that means that all those years of propping up their useful idiot have come to this.

He’s no longer useful, but by God, he is definitely still an idiot.

How well do you know our games against Sevco? Take the quiz and find out.