Ko Itakura Has “Heard” Of Celtic’s Interest, But Only So Far Through The Media. 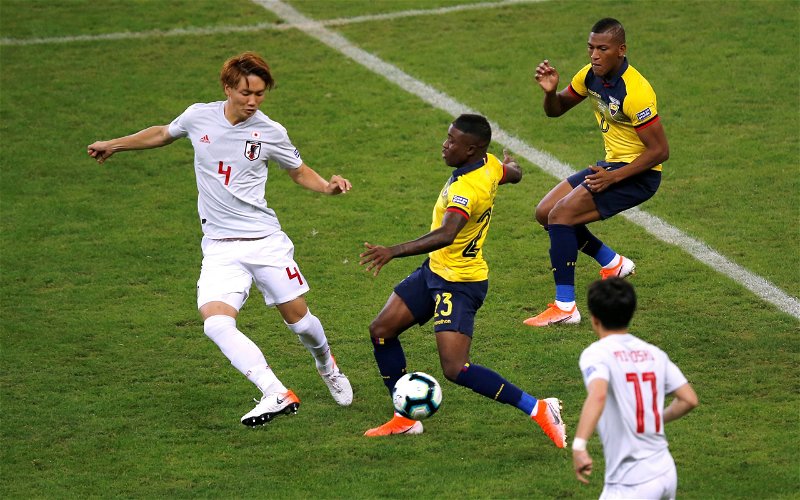 The Japanese defender Ko Itakura spoke last night about the alleged interest from Celtic. He sounds flattered, and keen, but he did put forward one important caveat; his knowledge of this is entirely based on what is in the public domain.

And so, to put it bluntly, there’s nothing going on behind the scenes. No real move has been made in this area. All we have is speculation. Our club might well want this guy – he’s playing against Brazil right now, along with Kyogo – but we have yet to make any sort of offer or bid for his services. There is nothing to this except talk amongst the press.

There was supposed to have been interest last summer, but we don’t know if it was real or simply more speculation based on the manager having worked in Japan. That’s all this might be, with the added issue that he played at City, with whom we have a link.

As I said some weeks ago, stories like this will be common; 1 plus 1 equalling 3 most of the time, but stuff that is plausible enough because of these links to get in the papers. Some of it will be agents and others promoting these ideas.

But we can trust in the player himself. He has spoken openly and with no agenda. His words suggest that he would be open to the move, and that if we did make a bid that was acceptable to City that there is a deal to be done … but that we’re a ways from that yet.

Speculation is rife, on many fronts. I’ll be writing about other transfer stories today, but it’s good to have gotten something this clear from one of the players we’re linked with. Interesting, and he’s probably interested … but nothing firm from Celtic’s side yet.