Ibrox’s Latest Cryptocurrency News Is Another Warning To The Rest Of Our Game.

A few weeks ago, one of Ibrox’s two cryptocurrency partners was wound up and vanished. Was it a scam? Who knows? The entire market is one big scam if you ask me, with NFT’s on one end and the tradable “coins” which pop up everywhere on the other.

The news, today, that the second of their partners – the one trading in coins – is facing court action over “missed payments” is not in the slightest bit surprising.

The token which they launched at Ibrox sold out within weeks. They are probably now worth less than the value of an Ibrox share – which as you know this site believes has less worth than toilet paper. 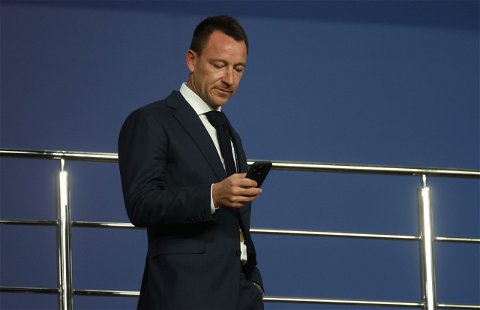 The Latest Ibrox Sponsorship Scandal Is A Warning For Other Clubs And Fans.

I don’t want to turn this into an Ibrox-bashing article, although in their lust to get in on something shiny and new and which there might be a few quid in has again over-rode their sensibilities and their responsibility to their own fans.

No, this is a warning to the rest of Scottish football, including us.

This is a cowboy business if ever there was one.

None of this stuff is protected under the kinds of laws which exist to protect genuine investment markets. None of it is regulated the same way. It is an entire sector full of chancers and charlatans.

I am amazed there’s not a Dave King coin out there.

Bitci.com features on the Ibrox club’s shorts. Their previous crypto firm Sportemongo appeared on the back of their shirt. That should give you some idea of how desperate their commercial department now is.

One has been removed already … will the other now follow suit?

At least it will give them space to get Dinkey’s Dogfood or some other low-ball partner’s name on there.

When Ibrox announced this collaboration, both sides went out of their way to praise the other for “vision and forward thinking.” It must have been nice for Ibrox’s board to hear that from other than journalists at The Daily Record, but it’s typical bullshit shilling from people in a market full of dodgy geezers.

They’ve clearly never heard that saying about fools rushing in.

Their club did this at a time when crypto was riding high and everyone wanted to be first to the Next Big Thing. Celtic, as you’ll have gathered, kept their distance from the whole show, although the SPFL has jumped in and forced one of these firms on us.

Since then, the prices of cryptocurrencies have been falling steadily, and governments around the world are preparing legal mechanisms to bring some semblance of control to the sector, which remains largely a mess.

Scottish football clubs as a whole should have steered clear of this stuff, as Celtic has. Scottish football itself should have refused to get involved, no matter how many national associations had already signed up for it. The Spanish federation are one of the partners of Bitci.com; it is their clubs who are seeking redress in court.

As per usual, the people who suffer most when this stuff happens are the fans. When Ibrox launched the Bitci.com token they sold over 20 million of them to their own hapless, gullible supporters.

If they ever see a penny back on their “investments” they’ll be lucky.