Martindale’s After Match Presser Should Concern The People Who Pay His Wages. 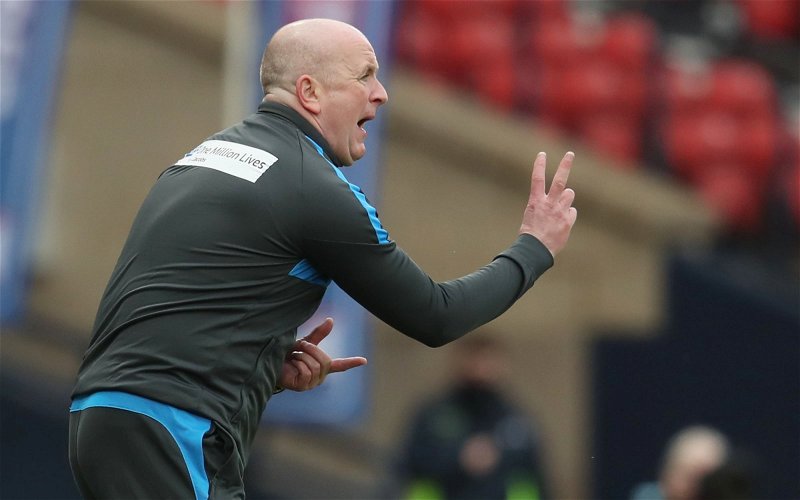 When your side has lost a one goal lead, and conceded two within a couple of minutes, when your players have not gotten out of their own half for the whole second period of the game, you should be angry and in no mood for niceties.

Martindale clearly doesn’t realise which club he’s supposed to be representing when he comes up against Ibrox. Today, his side had a very good first half where they scored, looked threatening and where they restricted Van Bronckhorst’s team to the point where they didn’t get a single shot on target in that half. Not a single one.

So what did he do at half time? Come out and put every man behind the ball. To some it will look like an effort to hold onto to what they got. Even as the away side started raining in the shots, he kept to the same system, making substitutions which failed, utterly to change the stagnant course of his side’s own performance. It was appalling.

The home fans must have wondered what in God’s name was going on. They could see as clearly as the rest of us did that an equaliser was coming, and probably harboured the suspicion that once it did that a winner was a virtual certainty … yet Martindale did nothing to alter that course. He did nothing to change the obvious trajectory.

And in the aftermath? He praised the side that had beat him, criticised his own player, suggested he should have been sent off … and laughed and joked about the guy who had scored the equaliser on the basis that he’s scored a few against them at that ground.

Here’s my question; if Martindale knew that when Arfield came on, why didn’t he take steps to mark him or afford him special attention? You have to want to I guess.

His employers should be wondering what the Hell he was doing out there today on that touchline. He was not representing Livingston FC.