Artur Boruc’s Treatment At Celtic Is Something Scotland Should Still Feel Ashamed At. 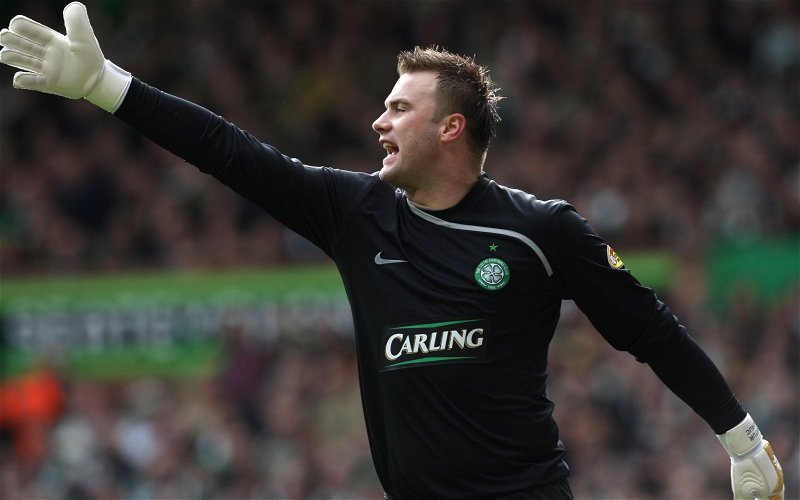 It was right, and fitting, that Celtic should be the opponents for Artur Boruc’s final football match. He gave the better part of his career to two clubs, ours and Legia, and it was good that they came together to give him a proper send-off.

Tonight I’m going onto the Endless Celts podcast to discuss Boruc, amongst other things.

He had standout moments between the sticks, but I will never be able to think of him without a negative. To me, his time here has a big dark shadow over it, the shadow of what was permitted to happen to him in our media, our football bodies and our judicial system.

The decision to cite him for “breach of the peace” in 2006 has been the subject of acres of coverage ever since, and people are always reminding me of the “fact” that the Crown Prosecution Service later “clarified” that he wasn’t fine for the Sign of the Cross he made but for other gestures. Their assurance to that end cut no slack then or now.

From the moment that gave finished, the narrative put forward was that he had been done for that gesture. The Crown Office didn’t comment until the furore became too loud to ignore. By then, every Catholic organisation in the country was in uproar, politicians were weighing in with their utter disgust and the story was threatening to go international.

That “crowd” reacted to a Catholic footballer doing something he did before every match.

They were the problem here, people so intolerant that the mere sight of that drove them to screaming hysteria. That our society sought to protect their rights and not those of our keeper has never been anything other than appalling.

I have always been glad that civic Scotland responded to that incident as they did. But Police Scotland took it seriously enough to initiate a complaint. The CPS took it seriously enough to initiate proceedings. A prosecutor stopped it from going too far, to the point where there was an actual prosecution … what disgrace that would have brought to our nation.

Yet I have always wondered what would have happened if it had gone the full way.

Obviously I am glad, as most of us are, that Boruc was never subjected to the full effects of the law, but a trial would certainly have cast a light on the complainers as well as the man at the centre of the storm.

It would have cast a light on their own beliefs and behaviour.

Let’s not forget, not one camera in the stadium that day captured Boruc’s other alleged gestures. This was all “eye witness testimony”, much of it from raving lunatics who freely admitted that the sight of a Catholic engaged in a simple act of religious observance pushed them to foaming, splitting apoplexy. That would have been interesting to see.

Still, I think that the very idea, and that it was taken seriously by some high profile people, did shame this country, however briefly, and it’s a stain that remains to this day.

Later on, he would generate more “controversy” by the mere wearing of a t-shirt with the Pope on it, something which drew predictable hysteria from several lunatic Ibrox fan groups and a DUP MP.

Our media, who were obssessesd with Boruc’s behaviour as much as his goalkeeping, were abysmal.

Those in the press who promoted the idea that the Sign of the Cross, or the wearing of a t-shirt, was something that could, and should, be prosecuted should still be hanging their heads in shame, as should those police officers and court officials and the handful of idiots in politics who pressed for it.

The whole country should have. Much of it did.

They spared the rest a truly epochal disgrace and embarrassment.

That will not be forgiven, nor easily forgiven.

Nor should it be.