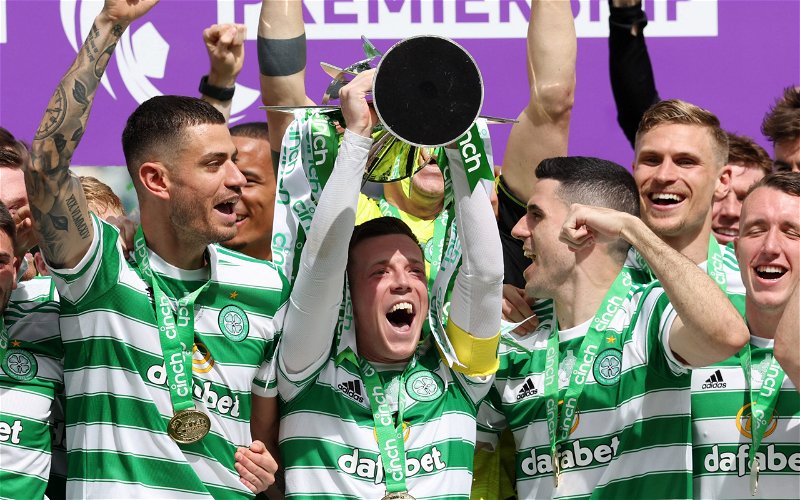 As regular readers know well, I am not the greatest fan of Charlie Nicholas nor any of the nonsense that pours out of his mouth on a regular basis. That’s why, on days like these, I take such amusement in the anger across the city. And boy, is it fierce.

He has said, first, that Celtic will win the title. We all agree with him on that. But he’s tipped Aberdeen and Dundee Utd to win the domestic trophies, and said that Ibrox’s rag-bag bunch will not win a single thing.

This has driven their fans slightly nuts.

Nicholas is a bit of an attention seeker, and you get the impress that his columns in the Express are frequently pitched at stirring the soup. He could not have done a better job of it than he has here.

But in terms of Celtic’s strength he has a point.

He also has a point about Aberdeen having started strong, as I pointed out yesterday. His prediction is not terribly surprising, nor terribly controversial, but you would think he detonated a grenade.

Nicholas is a shameless self-promotor and this will certainly get him ink. Watch how the hacks who always stay silent when Boyd says ridiculous stuff suddenly pipe up here. I would love to hear how they argue against Nicholas’ analysis of this though.

Because we’re the champions and we’ve strengthened our squad.

We went on the long unbeaten run, and that’s why we won the title. We’re also the League Cup holders and should have beaten Ibrox’s mob at Hampden and completed the treble.

He’s lucky he doesn’t work for the BBC. His bosses would have him and demand that he apologise lest he spark another “conflict” with the club over there. Such is life for anyone in the Scottish media at the moment.