Over and over again, whether it’s on the Ibrox forums or in the media, I see the narrative being pushed about how Celtic were “knocked out of three European competitions last year.”

It’s a classic example of how something that is factual can be misrepresented to paint a picture in the most negative way possible. Examined in context, it looks a little different.

Most teams will never get knocked out of three European competitions in a single season, although I am willing to bet that the club from Ibrox will suffer that fate in the not too distant future. 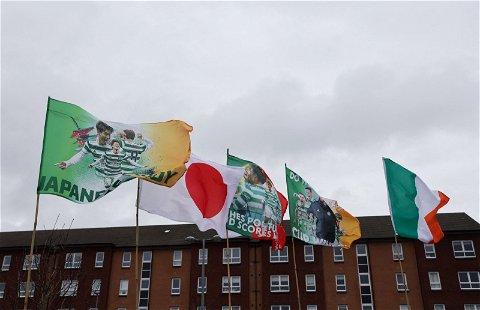 Because it’s going to become common for certain teams from certain leagues to suffer that outcome.

It’s the way European football has been restructured.

The reason it will certainly happen to the club from Ibrox at some point is that we now have two such places available to us here in Scotland.

If you’re knocked out of that competition before the Groups – which is what happened to both clubs last season and the fate they might well face this season – you’re well on the road.

Both of our clubs went out prior to the Groups last season; it could have happened to them just as easily as it eventually happened to us. Because they were extraordinarily lucky in the Europa League group stages, just as we were haunted by bad luck.

Because we came close last season to avoiding the “three knockouts”.

We finished third in our group with three wins and nine points.

They qualified from theirs with two wins and eight points. Had we gone through and they gone out, the whole narrative would have been different. We were dreadfully, dreadfully unlucky.

Let’s, for a minute, go over the facts here. We played 14 games in Europe last season. We won six of them. Which is just under half. We drew one as well, and sadly for us it was a big one; Midtjylland at home in Ange’s first European tie. You would never know that our record in Europe was six wins and a draw out of fourteen games.

Because Ibrox’s record is all the media ever wants to talk about.

But as I keep saying, that record is not up to much when you really dig deep into it. They played 21 games in Europe last season. They won seven of them, which is only one more than we did.

In their first ten European matches they won three. In the four knockout rounds before the final they lost three games and drew one. Their record in Europe is hyped because of two results; going through against Dortmund and Leipzig.

That’s overshadowed by their loss in the final to the team which finished 11th out of 18 teams in the same country.

The results that cast a dark shadow over our European form last season were the first ones and the last ones. The results against the Danes and then against the Norwegians of Bodo, who had one of those outstanding campaigns which defies logic.

I find it easy to forgive the first; with a fully prepared side we would not have gone out of the Champions League to such poor opponents. We have hopefully learned a few lessons from what happened to us against the Bodo.

I feel sure we would have beaten both Braga and Red Star from Ibrox’s Europa League campaign, not to mention that we’d have done far better than they did in what was a relatively straightforward group.

If you take Bodo out of the picture, we actually had a pretty good run of it in Europe last season.

I thought FK Jablonec was a dreadful opponent for us to get in the first Europa League qualifier; in the state we were in I thought they might beat us. But we comfortably swatted them aside. I thought getting a Dutch side in the next round was a disaster. Yet the game against AZ at Parkhead was the night I knew we were watching a Hell of a plan taking shape.

And I thought we acquitted ourselves brilliantly in the Groups, and only a little early Ange naivety cost us at least a point in both Germany and Spain.

I’m not having this dire narrative dominating the discourse when people talk about how we did in Europe last season.

Our performances were far better than we’re being given credit for, and not just in the mainstream media but I think amongst some of our own fans who got blinded by the “Ibrox run”.

It wasn’t a triumph, but nor was it a disaster.