No More Bottom Of The Barrel. We’ve Seen The Worst Anti-Celtic Piece Of The Summer.

It helps, at times, when other Celtic sites weigh in with their own disbelief. This morning was one of those times.

The piece, which ran in the Express, has the following title; 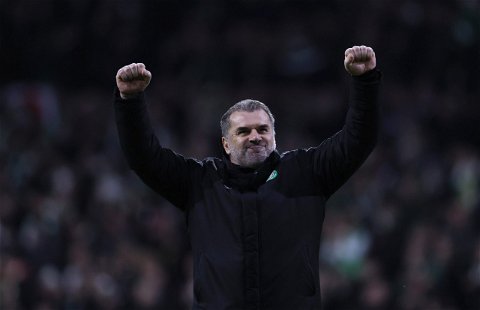 This was “written” – if we can use such a word for an article as this – by Lindsay Herron. Remember the days when he was actual journalist? What in God’s name is he doing with himself now?

It was good that other Celtic sites highlighted this. It is a nonsense. I would have tackled it earlier, but I’ll be honest; I had other things to do which deserved my attention more than something this appalling.

The Express itself is a discredited rag, not a newspaper at all really anymore.

If you look at their website you’ll see it’s more akin to a The Weekly World News, all full of stories about how World War III is imminent and how the earth is threatened by everything from solar flares to gigantic tsunamis.

Its Scottish office has a dark fascination with the favourite subject of the Ibrox gutter dwellers and frequently quotes their resident lunatics.

The article scrapes every inch of gunk off the bottom off the barrel.

One third more people “searched” for their merchandise online than ours. I mean who gives a shit about this stuff? Some number cruncher in an analytics firm, maybe, but nobody else.

Do you get a prize for it? Are there league points available for such a thing?

Note that this doesn’t necessarily translate into more sales.

There’s no context either.

I have recently done a couple of Google searches on Ibrox merchandise; all the better to research a story about the latest Castore screw-up.

I bet a lot of fans have researched how to return shoddy goods which don’t come up to the same standard as stuff their mates have bought … there’s a lot of it going around if you look at their forums.

Imagine putting word “Exclusive” on the front of that headline! Once upon a time an exclusive was an article that everyone else would have written if only they’d known before you.

Nowadays it seems to mean that you’ve written something nobody else wants to touch.

Is this another word whose definition we will need to rework?

Honestly, there are times when members of the Scottish press, in their blatant attempts to talk up the club from Ibrox, find a new level of low. This is one of them. That article is absolutely atrocious in every way.

It would not have gotten published in one of those free papers you get on the bus.

Yet there it is, trending in a national title.