Sutton Was Bang On About Celtic Yesterday, So Of Course The Hacks Twisted His Words. 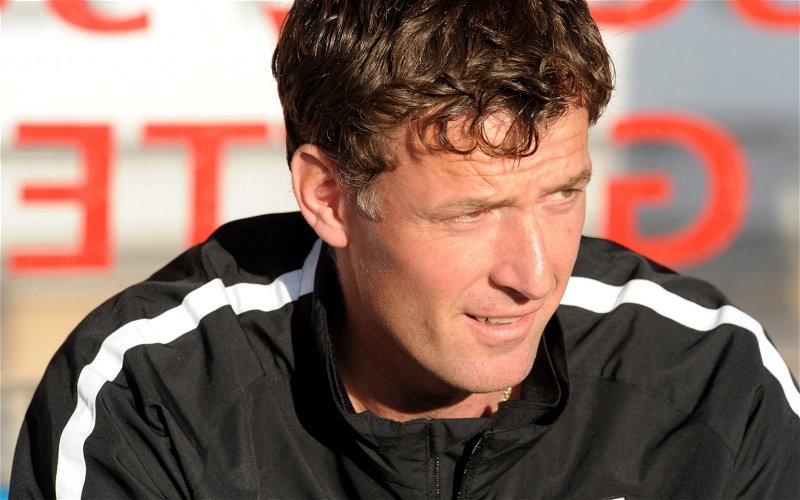 Chris Sutton was 100% right yesterday to talk about how Celtic and our fans should shut out the noise from across the city. This blog keeps an eye on what goes on over there, and they frequently leave me baffled … but I do not lose sleep over them.

Let’s look at the only thing that matters. We’ve got ourselves a title winning boss and a title winning team which we have enhanced. After our bumpy start to last season, where we lost three and drew one of the first seven matches we hit our stride and did not look back. The players bedded in, adapted to the style and steamrollered the competition.

With a proper summer to prepare I was supremely confident that this would be our season. We have since added players to our title winning team. That is the whole of it. That is the long and short of where we are. Celtic will be ready. Celtic will be stronger than they were last season, and without the shaky start I expect us to set the pace.

Nothing that happens elsewhere can change that. If they can keep up with us they might be able to put together a challenge. But that remains to be seen. We know what we can do.

We know how we can perform over the course of a long campaign.

Sutton’s point was exactly that. They’re spending money over there.

So what? They had to, and they had to because we did.

They weren’t going to watch us spend almost £20 million and not respond, and they were too skint to respond and so had to sell two of their key players first.

They are euphoric because they beat West Ham in a pre-season match; they were euphoric last season at beating Real Madrid in one. A club “in crisis” got its shit together quickly enough to haul them off the winner’s podium right here at home.

We are the defending champions with a stronger squad and a more settled atmosphere than at the start of the last campaign. What, exactly, do we have to fear?

Sutton talked about other times when Ibrox clubs have gone on spending sprees. He doesn’t even need to tell us how that story ended, only remind us that the team he was part of shut it all out and ran over the top of them. We sent another Dutch manager who the press was hailing as a world beater back home to play with his tulips.

The press thinks it’ll come down to head-to-heads. Good.

We won two and drew one last season so I know who my money is on for this campaign.

They are wrong anyway; it’s not going to come down to head to heads. Celtic will win this by a double digit margin for the simple reason that we have the better manager and the better side overall.

Still, the hacks had to try and twist Sutton’s words, suggesting that we’re concerned. Or even, as they hilariously put it, “envious.” Of what exactly? We’ve spent double what they have, as if anyone cares about that kind of thing at the moment

Ange assembled his title winning team for what Lennon paid for Ajeti, Barkas and Bolingoli.

I repeat this often, so let me do it again; he rebuilt our squad and still had, until recently, a surplus to show for it.

We are more focussed on getting the signings right than with those that made giant headlines. Matt O’Riley cost us £1.5 million … the hacks are already linking him with Leicester and there is already suspicion that he could be the player of the year.

We paid even less than that for Reo Hatate.

This “envy” the media thinks exists is in their own minds.

We have done superb business up until now, and got major deals across the line in this window so far with more to come. This is why none of us can wait for the start of the serious business next weekend.

There is a section of the Ibrox support which seems to spend a lot of its time worrying about, and discussing, what I write over here. They see their club as the occasional focus of some of our pieces and think that makes them special; this site is called The CelticBlog, and yet here they are. Which makes me believe they see our club as special.

What they fail to grasp over and over again is that their club is fascinating in the way that the bearded lady once was; as something to gawp at in amazement.

The freak show has always drawn a crowd. They are not special, just bizarre and alien.

They miss something else; I never bother about them at all when Celtic is in a bad place.

I only look across the garden fence for the occasional snigger when my own lawn is cut, when the sun is in the sky, when the recliners are out and we’re in a good place.

And that’s where we are right now.

Myself and most Celtic fans haven’t a care in the world.