Today there’s a story that the Japanese central defender Ko Itakura has “snubbed” us to go to the Bundesliga. This is based on garbage the media invented itself, on journalism so lazy that all involved could have done their work from a hammock.

Right from the start it was clear that this was a media confection based on the player being Japanese and that he played with the City Group. It was a classic case of the press putting two and two together and generating the result they wanted rather than writing facts.

And it was always going to end with them making the utterly false claim that the player had somehow turned down a move, or that we hadn’t wanted to pay the money for him. Were we even in the least bit interested in the guy? Were we interested in the English defender Taylor Harwood Bellis, who signed for Burnley just the other day? 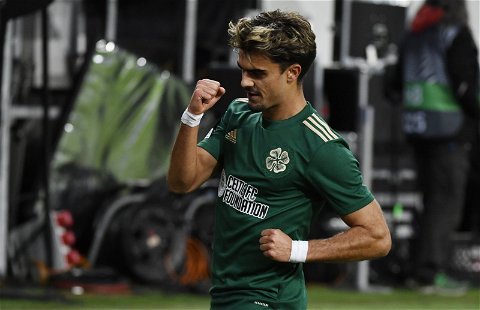 He’s another player who’s only link to us comes from a proximity to the City Group.

It’s the same with the defensive midfielder Vicinius.

It’s just bad form. It’s just rank from the hacks, and much of it is designed so that they can write about snubs.

When we were making signings last season we caught them completely cold on all but a handful of occasions. We are said to be progressing with the signing of a forward player, and the hacks have got no idea who that is. They are pushing stories about Ryan Mmaee today, but they have no actual information that he’s the guy we’re interested in.

Likewise, there’s no real proof about any of the other players we’re allegedly trying for.

But certainly we made no actual offer for Itakura.

We might have asked to be kept informed about the situation with Harwood Bellis – in fact, I think we probably did as he fits the profile – but it’s been known for weeks that he was staying in England to play under Kompany.

Let them play their little games.

Let them write this stuff.

Our club is working behind the scenes, and it is more than likely when the next signings come it will be guys the media didn’t even have on the radar until shortly before we got the business done.