The Media Has Done Some Sevconomics Today With An Anti-Celtic Twist.

You have to hand it to the press. They have spent the last few days getting all excited, and are now in pants peeing glee, at the “spending spree” across the city. They’ve spent £2 million and signed a couple of free transfers. And now they are on the brink of a fourth arrival, and it’s this one which has sparked my grim amusement again.

They are linked with Rabbi Matondo, who the media was initially linking with Celtic. I did a piece on him. He’s a good age, he seems to have talent … the rest would depend on whether or not Ange wanted him and was prepared to do business.

At that point, the press was pitching a likely transfer fee of £6 million. And I knew that even if we were interested we might not pay that because we were going all out to sign Jota. Today the press has him worth £10 million. You would be forgiven if you thought that this was a box-office player. But this is a sterling example of Sevconomics. 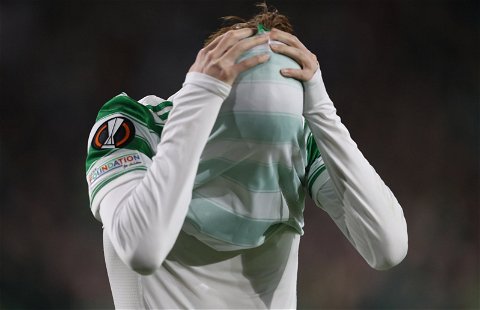 The Scotsman Has Basically Published A Celtic “Snubbed” Pro-Ibrox Fairytale.

You know what the transfer fee is going to be? £1.8 million. So where are the crazy media headlines coming from suggesting that he’s an eight figure footballer? He’s clearly not or he wouldn’t be available for a low seven figure fee. And at his actual price you’d think there would be clubs queuing up. But they’re not. He’s probably Ibrox bound.

At that cost, if Celtic had been interested he would be at Parkhead. That’s just a fact. If he had been on our shortlist and was available for such a pittance he would have been at our ground for signing talks and the deal would have been done.

Still, the press is writing that we have been “pipped” to the player. Uhuh. Funny that no-one at Celtic knows anything about it. This is the second time in two days the press has tried to play this card. It is a pathetic effort to score cheap points.

The Ibrox “spending spree” is only possible because of the sale of Joe Aribo, and with them replacing him with two wide players that should raise questions over the future over Ryan Kent, or the long term prospects of them seeing Hagi again … or perhaps they are going to cut Roofe loose, after he’s missed pre-season training.

There is a story behind this … but the press would rather write lies. As ever.