Why Celtic’s “New” Targets Might Be Mark Lawwell’s First On The Job.

When Ange announced today that we are still in the business of looking for players, it was a surprise to those of us who thought that we might wait until a couple more weeks had passed and we were closer to the window closing before we decided we needed more.

The news that we are still in the market was surprising, but maybe it shouldn’t have been. Because according to some people I speak to regularly, and a good friend in particular on Twitter, today is actually the first day on the job for on Mark Lawwell.

That’s interesting, and it suggests that we might be about to find out what he can do.

The Sky Deal Passes As The Governing Bodies Slap Down Ibrox’ Pettiness And Spite.

Bitter Hack Fails To See There's No Value In Being An Anti-Celtic Controversialists. 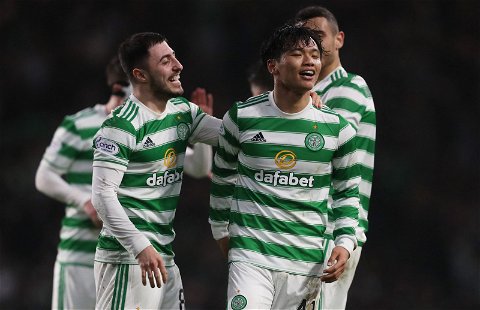 Celtic's Squad Is Young And Hungry. Our Rivals Have One Which Creaks With Age.

Has he brought with him a list of possible candidates?

Has he spent the day working the phones, trying to get us close to a deal or two? You would think that he’s certainly given the process a jolt, since that’s literally the day job.

Everyone knows this blog has severe misgivings about this guy, and the way in which he was appointed, another grubby instance of one hand at Celtic washing the other instead of a thorough search for the best person for the job.

He has a lot to prove.

The Celtic fans as a whole are willing to see how he does before passing judgement on him, and so must we because that’s only fair. Until this week it was impossible to truly tell how good or bad this appointment might be.

But there are only a handful of weeks left until this window shuts and if the big guy expects more players – which he does and he’s said so – then let’s see what the guy can deliver. Let this be the start of the process of subjecting him to evaluation now that he is actually in the building.

The boss has proved that he can move this board just by opening his mouth, and getting them to move a little quicker. Now he has the guy he spoke so highly of in a role beside him. If their relationship is as good as we’ve heard that can only help.

Mark Lawwell, it’s over to you. Let’s see what you’ve got.