Aberdeen’s Fans Rejection Of On-Loan Celt Is A Sign Of Their Incredible Intolerance. 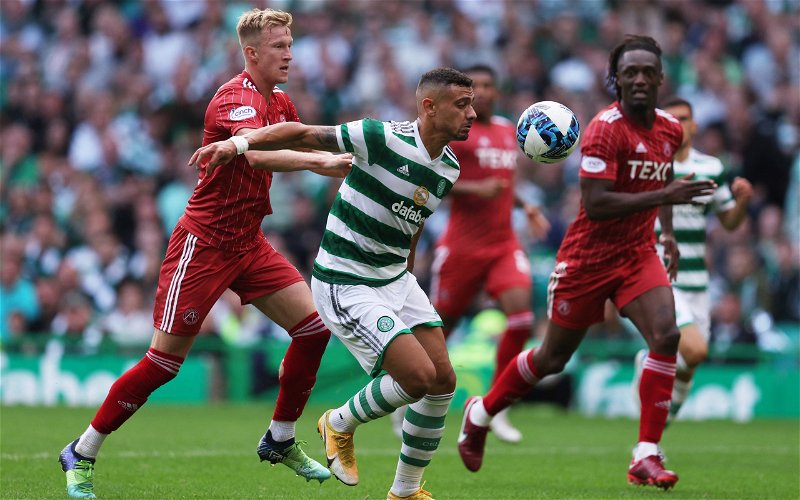 Yesterday, the worst fans outside of Ibrox visited our ground. They made their usual noise until we scored early and then they fell into their usual silence. I was glad. I consider the Aberdeen fans to be a lamentable bunch at times.

The news, last week, that some of their were protesting over getting loan players from our club – with their focus, apparently, on the kid Scales – is not in the least bit surprising. This is a support with a long standing chip on its shoulder and one which, although it certainly hates the Ibrox fan-base, doesn’t exactly have a soft spot for us either.

They would rather, literally, weaken their squad than take our players. That’s how dumb they are. Every club in world football has used the loan system to get stronger. Are they suggesting that our backup players aren’t good enough for their team?

They are the only fans in Scotland who sing about both the Ibrox disaster and chant to Celtic fans about Ibrox’s favourite scandal. What is that all about? Taking pleasure in dead football fans and abused kids. They are a tough lot to like.

Their own manager has had to call them out on this one though, and his decision to ignore them on this issue is a real feather in his cap. Their club needs all the help it can get. We blew them away yesterday with indecent ease, and a good pre-season and a League Cup run isn’t going to convince anyone that they can start bridging the gap.

Their fan-base really does need to get a grip. The only fans in Scotland who sing “we hate Sevco more than you” and I believe them … but how often they act just like the supporter’s they claim to despise so much. It’s a wonder they don’t see it.