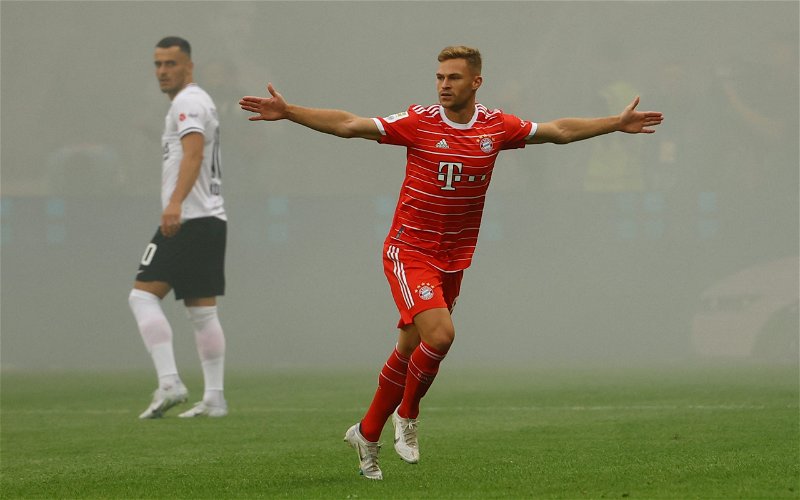 I don’t know why.

Bayern had already won the Super Cup in Germany putting five past Red Bull Leipzig. Remember them? They at least had kept it semi-respectable, scoring three in the same game.

But Eintracht had won the Europa and beat the side RB couldn’t.

Their optimism was for naught. They were annihilated.

If we get them then that’s truly good fortune. Otherwise, brace for impact.

What last night reminded us of is the difference between a genuine Champions League super-club and the rest of football, and that difference is so stark as to be nearly obscene. You could not get a more potent lesson in the enormity of the gulf between the genuine “big clubs” than the total obliteration Eintracht encountered last night at home.

These are the types of clubs we’re going to be playing against, and I welcome it, I love it and I dread it at the same time.

We need to be realistic about what our prospects are against those kind of teams should we happen to draw them.

There is no point in buying into the entirely fictional narrative being spun elsewhere that we should be setting our sights on qualification. Let’s see the draw first. Then we can start thinking about what’s achievable.

There is nothing wrong with thinking this way. It is not defeatist.

We are used to being the biggest fish in a small point, and that gives you a narrow idea of what it’s like out there in the big water, in the deep ocean, where there are things that could swallow us whole.

Like a hundred to one contender in the ring, I want to see us land some punches.

If we connect with the right one and knock somebody out … wow.

But right now I’ll settle for knowing we left a mark, that even if we lose that our opponents will leave respecting us and the football we played, and what we tried to do.