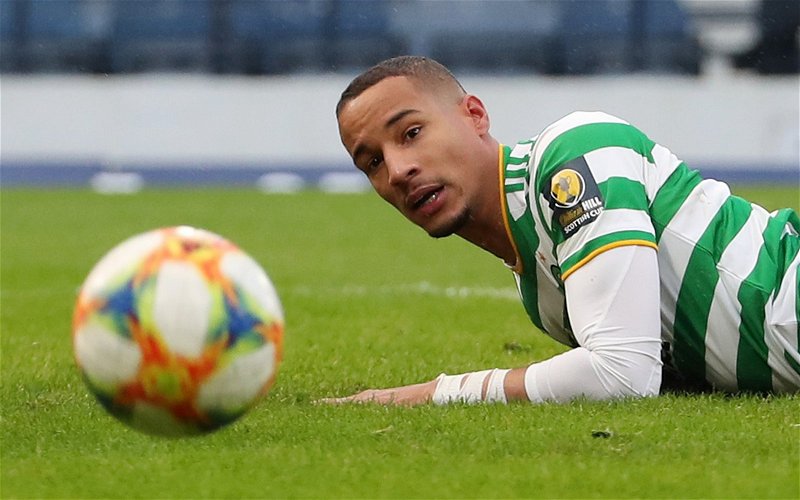 The saga of Chris Jullien continues today, with his latest lengthy Instagram post where he seems to be suggesting that he “struggles alone.” I’ve got to be honest; reading any professional footballer writing about his struggles right now seems just wrong to me when ordinary people are going through 99 kinds of Hell worrying about the cost of living.

I guess within the bubble, though, there is genuine suffering to be found in those players who aren’t getting regular football.

It is good to know that Jullien still knows how to work his mobile phone though. I just wonder if he applied himself on the pitch the way he does to moaning off it if he wouldn’t be closer to a first team place at our club.

I look at guys like Ralston, who had to read all through the early part of last season that he was a stop-gap until we signed someone, and who is on the bench at the moment, and players like Abada who finds himself in the same position, getting on with the hard graft and taking their chances when they come along, talking ever about the “good of the team” and I wonder why this guy can’t see what it is that he’s getting wrong in his approach.

I wrote over the weekend about these guys, and how every club needs “good soldiers.”

Chris Jullien isn’t one of those at the moment.

Ange has made a point of saying that every player who is currently at the club will be in his plans as long as they are on the books. He is entirely correct to say so because you never know when you might be struck with an injury crisis or something else.

But Jullien did himself no favours with his mouthing off after we’d wrapped the title up, and he continues to undermine his own chances of getting in the side. He ought to just work harder and impress people with his diligence and application; as it stands right now, no party is going to benefit from having him at the club beyond this window.

The worst thing is, if he gets a reputation as one of those guys who niggles from the sidelines when he isn’t playing, he will find it increasingly hard to get a move and that doesn’t help him and it doesn’t help us either. He needs to focus and do his talking where it matters; on the pitch, whether that’s playing or on the training ground.