Jota’s Performance Echoes Everything We Said In The “Celtic Player Of The Year” Piece. 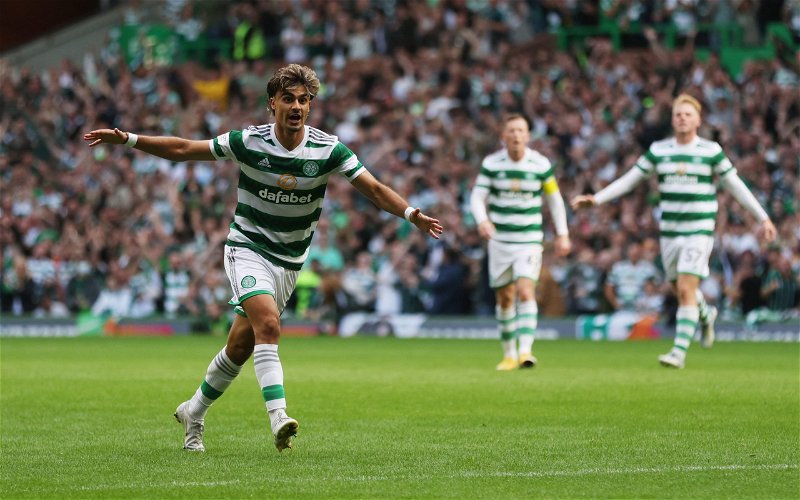 When I wrote my Celtic “Player of the Year” piece the other day, I left Jota to near the end, not because I don’t rate him but because I do rate him, and very highly.

Nobody who read that article could have been in the slightest doubt that he was going to appear in it at some point, so I left him until late because I knew I could get away with it.

In that piece, I said that part of the thing with Jota is that he drifts in games.

He ebbs and flows. When he’s focussed and determined he shows us a player of such panache and genius that you wonder what the Hell he’s doing in the SPFL.

At other times he gives the ball away easily, runs into defender and mis-places passes.

It is part rustiness and part because he’s still a guy learning his game.

If he was already doing everything right we wouldn’t have gotten anywhere near him.

Yesterday he showed us both sides of it, and no greater a person than Ange himself said so. We saw the wasteful and maddening … and we also saw the dazzling genius. It was that which came through most over the course of the game.

We got the full repertoire of tricks and flicks and feints yesterday.

The frustrating moments weren’t going to cancel them out completely. But for that scorching goal he scored though, we might have been a little frustrated overall … Ange certainly was.

For all that, we can all see quite clearly what we’ve got here, and that this is a fine player who is going to be a nightmare for other teams to cope with. And as he grows in confidence, and learns those lessons which make him a better player we’ll see as he develops into the kind that we will face a genuine fight to hang onto.