McInnes Took His Beating Hard, Because He Still Refuses To Give Celtic Credit For it. 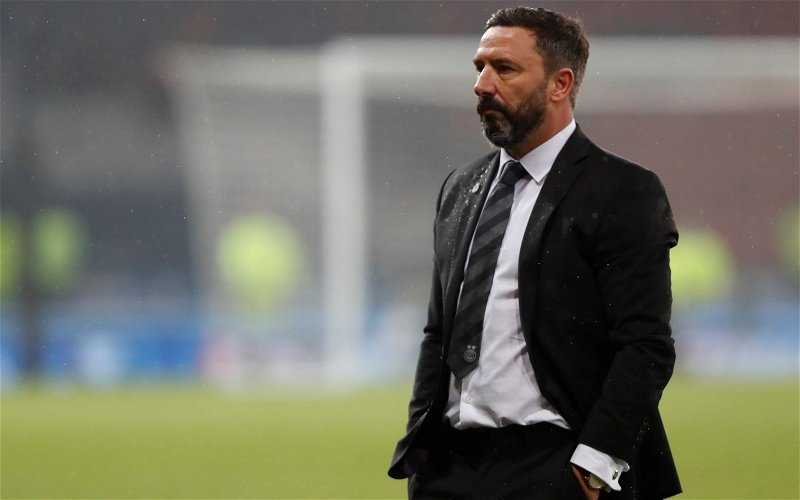 Derek McInnes has been embarrassing himself since the weekend.

His comments after we’d spanked them on Sunday were pretty stupid.

He’s doubled down on them with talk that none of our goals were necessarily down to good football, but to his own side being asleep at the wheel. This is the latest instalment of a familiar story:

This Celtic Side Ain’t As Good As They Think They Are.

Dear oh dear. Really. I often wonder just who he and others think benefits from the push of this narrative. It certainly isn’t their own clubs or the one from Ibrox.

Before you can take on an opponent you have to be willing to acknowledge that they have certain strengths, or you are just asking for trouble. The fans across town don’t rate us at all, which is why the rude awakening that awaits them will be a big shock.

A majestic long range effort, Kyogo’s neat finish after brilliant passing and crossing and two overhead kicks … if you’re not prepared to give the opposition credit after goals like that then there is something askew with your perceptions.

But that’s what bias does to a man. It screws with how he sees everything. McInnes is bitter, yes, but think of it like this; he’s done us a favour here, as everyone who talks this team down or refuses to give it credit is doing us a favour.

McInnes has previous for this. It didn’t used to matter how badly we beat that Aberdeen team of his, but he would never simply admit that we were the better team on the day.

Always he’d look at what his own side could have done better.

He’s not the worst at this, or the worst for it, but I am not surprised that McInnes has given us credit as he rarely has before. The only thing I can say in mitigation is that he has occasionally slated his own team after the club across the city has beaten them too.

Still, he isn’t ever going to be our number one fan and the day he says to us “well done, you were the better team” without qualifying that statement in some way will be the first time he ever has.

After a defeat like that, pretending that the opposition didn’t put on a show and that your team should have prevented all five goals though … it’s more than a bit daft.