Celtic Is Right To Ignore The Insane Rantings Of The Maniacal Souness. 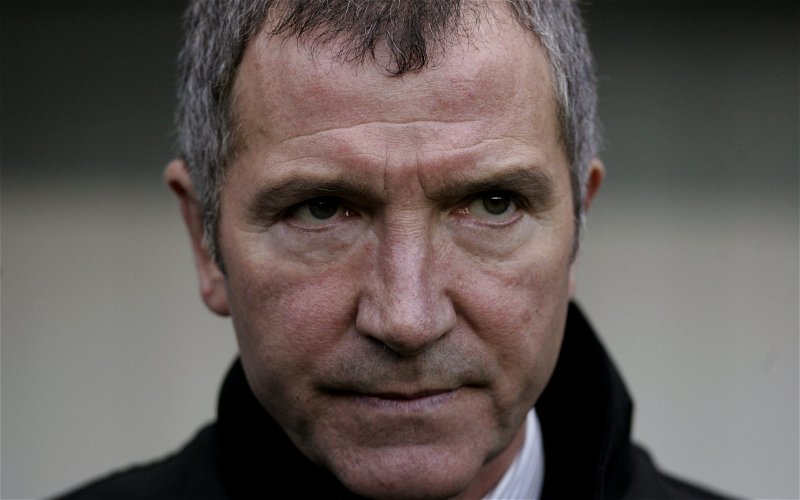 The Hidden Hills Asylum For The Criminally Insane looks different at night than it does during the day.

On my previous visits this place has reminded me of a high-class health farm or a four-star hotel, located in nice surroundings, catering perhaps to the rich.

In the darkness it looks like some vast, shambling haunted house. 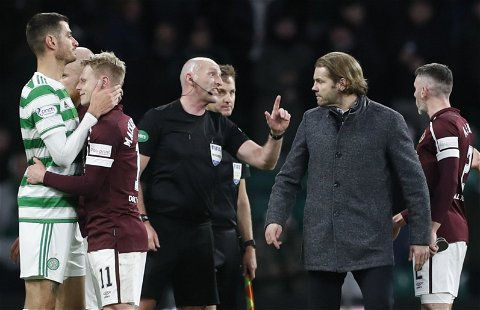 Even the sight of my friend Dennis Northwood, standing in the car-park waiting for me, as cool as he ever is, impeccably dressed, professional and calm, does not shake the feeling that I’m the star of some scary movie and that somewhere an audience is screaming that I should run.

Perhaps it’s not this place at all. Perhaps it’s that for the first time since I started coming here I am scheduled to meet someone truly scary.

Once upon a time, when he was still a footballer, they used to call him The Beast, such was his ferocity and viciousness. He was scarcely more rational when he sat in the dugout.

Many dressing room doors bore the brunt of his fury.

Many teacups were smashed against the wall.

Even before they sent him here, most people thought that he was a bit out there.

My PA summed it up when I told her who I was going to see.

“He’s a nutter,” is what she said, and shivered.

He is kept in the basement, like some real life Hannibal Lector.

The basement is where the most aggressive patients in the hospital are, and as we head down the winding stairway, which seems to have been carved right out of the earth, like we’re descending into Hell, Northwood tells me that our patient will be in full restraints, but that even so we have to keep a distance.

I jokingly ask if he’ll also be wearing a muzzle, and my friend adopts a serious look.

“He chewed through the muzzle,” he says. “Don’t mess around here.”

We get to the lowest point in the facility and find a smiling guard. He is reading The Celtic View.

The guard points up the corridor and yes, green curtains are draped across the front of what I can only assume is the cell of Graeme Souness.

We can hear him ranting and raving as we get closer; something about Protestant supremacy and the removal of a picture of the Queen from his cell.

I feel suddenly apprehensive, but Northwood gives me that calm – and calming – smile and we carry on.

We pull aside the green curtain like it’s the big reveal.

He is sitting at the back of the cell, in full restraints. Foam dribbles from his mouth in a steady stream, but he’s trying to get free. This guy is full-on rabid.

I ask Northwood if he’s on any medication and he tells me yes and proceeds to read from a chart a dosage which is so high that I’m stunned. How is this guy even conscious, far less this animated?

Northwood pulls out a set of keys and starts to open the cell door, and I take his arm, but he assures me that everything is alright, and it’s when we get in there that I notice that Souness is quite literally bolted to the wall.

It’s not just the straitjacket; that’s strapped to a metal bar that runs along the back of him. It’s about eight feet long. He’s going nowhere.

There is a table in front of him, and Northwood beckons me over and asks me to sit down so that I can start asking my questions. “Don’t expect coherent answers,” he told me over the phone. “He’s a little too far gone for that.”

As I take my seat I hear a blood-curdling shriek from somewhere else; even Souness flinches at the sound.

I look at Northwood in alarm.

I grimace. This place really is different at night, it’s creepy, and especially down here.

Nevertheless, I take my seat and I open up my book and flip to the list of questions I want to ask.

Most of these are fairly tame. I decide to go straight into the big stuff.

“Do you genuinely believe that Celtic are the ‘unacceptable face of Scottish football?’”

He shouts something I won’t even write down, it’s too vulgar and bizarre.

“Because, weren’t you at Rangers during their period of shame? Weren’t you there through sectarian and racist singing, and although you signed a Catholic player you presided over a club that was mired deep in sectarianism, as your own former captain Terry Butcher pointed out. Wasn’t that the unacceptable face of Scottish football?”

He spits foam and phlegm at me in a big gob and snarls something vicious.

“Since then, Ibrox clubs have sang about the Irish famine, mocked the dead of the Lisbon Lions, incurred UEFA penalties and even a partial ground closure. Their board has hired an Ulster Unionist to do their public relations. They have torn up commercial contracts. They have refused to honour deals. They have launched ludicrous attempts to decapitate the SPFL board of directors and smeared its members. They have threatened the entire structure on which the game’s commercial dealings is based. Was that an unacceptable face of Scottish football?”

He shrieks at me this time, full of venom and rage. His patient’s garments are now soaked with his own saliva and God knows what else. There’s blood running down his face too. I am handed a visor and told to put it on if I intend to continue. A glob of foam, streaked red, hits it and starts to slide down it the moment I manage to get it on.

“Do you understand,” I ask next, “that commercial companies which deal with Celtic have been doing so through decades which include Republican singing and other things which might not immediately make them seem like attractive business partners? That, in effect, what you’re saying about the anti-monarchist banners affecting the club in a business sense is just wishful thinking or outright ignorance of what you’re talking about?”

At that Souness makes a very noticeable attempt to get at me, but the restraints snap him back and I see murder – actual literal murder – roll in his eyes for a second.

“Do you accept that when you talk about the world watching and not liking what it sees that you are, in effect, projecting your own views onto the rest of us, and that across the world people generally don’t care about any of this stuff, and that even here in the UK what the Celtic fans have done is seen by many as an example of free expression?”

He is starting to jerk and pull hard at the restraints, and I sense – and so does Northwood – that this is getting very dicey indeed and that we should probably wrap it up.

“You also realise that just because you are willing to see yourself as a subject and not as a citizen that many other people regard that as foolish and even outright insulting? Bearing in mind that Celtic’s fan-base is global, that it has just posted a superb profit in its accounts, is just about to embark on a tour of Australia and raise its profile even more, and taking into account that the fans who did this have known republican and Irish republican leanings, do you think that anyone was even surprised by this, and if nobody was then how do you see this damaging Celtic?”

He is spitting stuff all over the place now and I wonder how long even that iron bar, bolted to the wall, can handle this level of intense fury. I turn to Northwood and he nods. I can ask one more question and so I scan my list and make it a good one.

“Finally, don’t you think it’s a bit ridiculous to suggest that fans holding up a banner is the ‘unacceptable face of Scottish football’ when Police Scotland are investigating the supporters you praised just days ago? You think that what the Celtic fans did is somehow more damaging than the violent scenes which are being looked at from the Ibrox game?”

And now he does actually go for it, full on, and I hear a ripped sound and I realise that part of the straight jacket is coming apart, and we’re out of there quickly and slamming the cell door behind us, and he’s there, on the floor, crawling towards us like an animal, part of the straightjacket torn and still attached to the wall behind him … and he’s fuming at us, absolutely enraged, and I have never seen anything quite like it in my life.

“I think,” Northwood says, “those common sense questions really wound him up.”