Celtic’s Financial Figures Are A Triumph. A Team Rebuilt, A Title Reclaimed And In Profit. 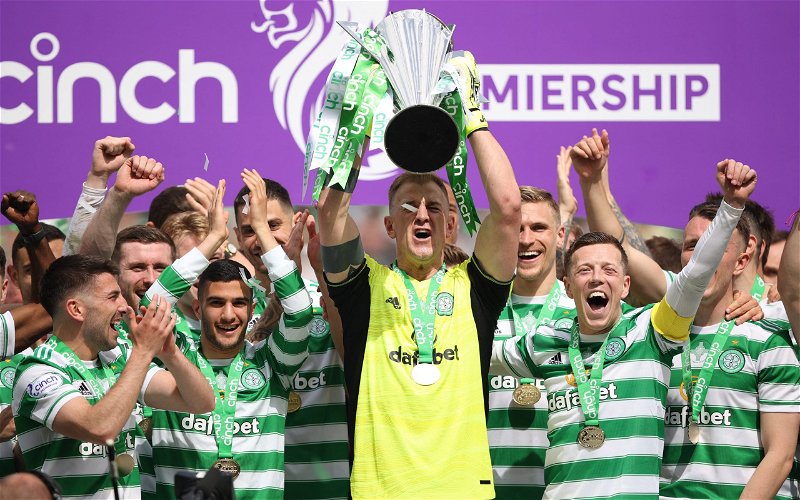 When they get it right, they get it right. And when they do this board deserves the praise that it gets as a consequence of that. We posted our accounts yesterday and they show a £6 million profit for last season, a season in which we worked a minor miracle.

24 months ago, I genuinely thought we were staring down the barrel of a gun and facing a dire situation that it might take us as many as five years to recover from. Lennon was not yet under real pressure, but the signs were not terribly good.

By this time two years ago we all knew that the team, and therefore the club, was in a lot of trouble. The worst of it was knowing that a great opportunity looked as if it had been monumentally squandered. There didn’t seem like an easy way out.

Even that it was not difficult to foresee what some of the problems might be.

We had players about to enter the last transfer window in which we could get maximum value for them. We all had a fair idea that Lennon would go and that Brown would retire.

No captain. A new manager. Probably a back-room team.

Key players wanting to leave. And COVID and all the uncertainty over that meaning that we might not even be able to re-invest the money from selling them. You could see the potential pitfalls.

Let’s be honest, it was worse in June last year when we all heard that Howe was not coming to the club and whatever plan had existed for him was in the bin with him. At that point we had a whole squad to rebuild even if we were able to sell our top players.

What were the chances of that? Well, that’s the way it happened.

The manager is obviously a huge part of the reason why.

But his judgements guided the process.

Those players he wanted still had to be signed for decent enough fees that the club didn’t bankrupt itself in the process and the directors had to put their faith in his ideas.

The thing is, Ibrox clearly underestimated us and our ability to bounce back quickly.

I thought, in the winter of Lennon’s final year that we were probably looking at an extensive rebuilding job which might not present us with favourable conditions for a title challenge.

By June last year I was convinced that we were well behind even that.

It should have been impossible for us to rebuild the squad in a revenue neutral manner whilst also putting a winning team on the park.

That we managed it is not only a testament to how well we did as a club, and our inherent strength which I knew would be the factor that finally started to tell, even if it did take a couple of years, but has been a disaster for our rivals.

I will talk later about the Financial Fair Play changes and the club’s statement which said we played a part in driving them through.

That’s an important subject that I have to return to.

But for now we should marvel at a set of accounts which shows our club in a stronger position than ever, a club which is well placed for the challenges ahead of us.

Although where the challenge comes from remains to be seen.