Greg Taylor Deserves His Scotland Call-Up But He Knows It’ll Be A Battle To Stay. 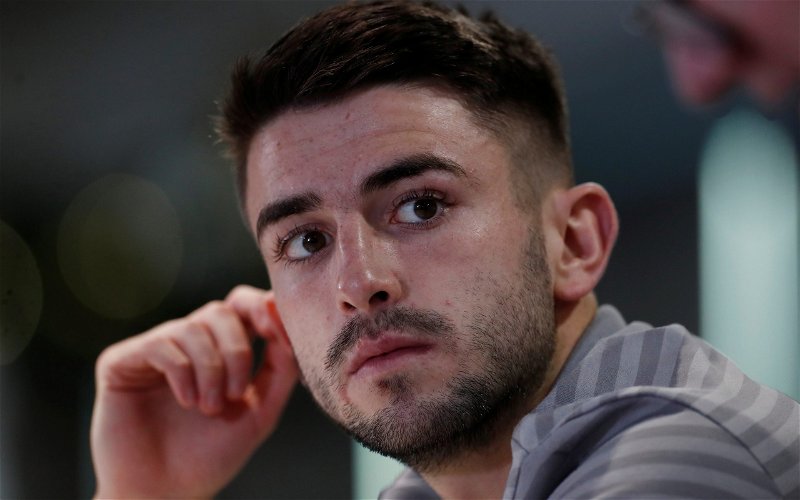 Greg Taylor is one of the unsung heroes of this campaign.

He is, so far, to this season what Ralston was to the last one. A guy who was written off and who has fought his way back into contention. It is a pleasure to see him getting recognition by the Scotland boss.

He is one of four players – Ralston, McGregor and Turnbull being the others – who have been called up to the national team for this Nations League nonsense later in the month. Although I don’t look forward to those games, I am always keen to see our players doing well in them.

It’s great to see Greg Taylor in the squad.

For all that, he has to know that this is probably not going to be a regular thing. The difficulty for Greg Taylor is that the left back area is the one part of the national team where we have genuine world class players challenging one another.

In that regard, he might be the unluckiest player in the country. No other section of the national team is so well kitted out. Tierney and Robertson could play anywhere for anyone, but the rise of Aaron Hickey is another complication and another player to challenge him for the slot.

Nevertheless, the one thing that Greg Taylor has shown us over the last two months is that he is up for the fight. He has gotten better since we brought in competition and so maybe he can scale even greater heights with the national team when surrounded by these top players who all want to make the left back slot their own.

If he plays I expect him to play well. If he gets the chance I expect him to grab it. Whether it’s enough or not is something we’ll learn in time … but he has definitely earned this. His performances have been excellent and not only is he getting the recognition from the fans of Celtic, but now he’s getting it from his country as well.