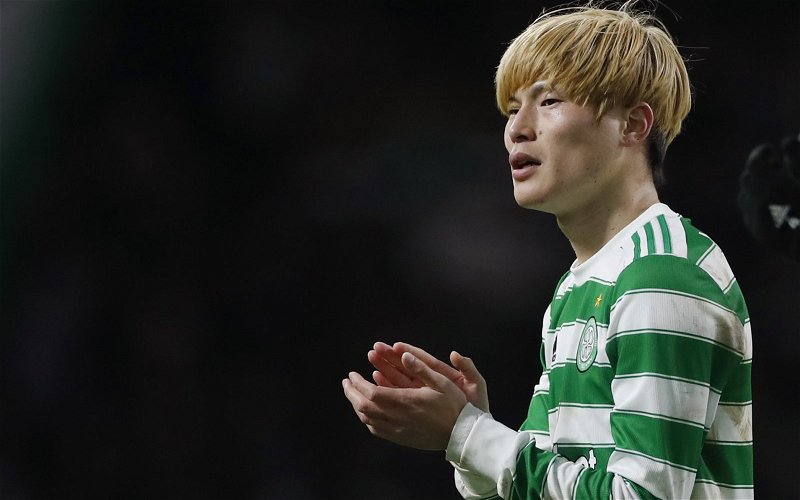 This morning, there is some excellent good news footage from Lennoxtown, where Sky have the cameras set up in preparation for Ange’s presser later today.

The footage they are showing is focussed on one man; Kyogo.

He appears to be running around just fine.

The injury he sustained at the weekend does not appear to have affected him too badly, and whilst the manager may decide to leave him on the bench as a precaution I think we can now expect to see him in the squad.

This is the best news we could have gotten this morning.

We will need to wait until later until we hear what the boss has to say, but that footage is excellent to see and a clear indication that our talismanic striker has recovered from the weekend.

It was really disappointing to lose him so early in that match; he hasn’t scored against them yet, but I know and we all know that he is raring to go and do it. They must have breathed a sigh of relief to see him leave the pitch … sad for them that it was short-lived.

But for all of us, the real concern was that he might be out for a while.

Today’s footage has allayed that fear. Even if the boss doesn’t play him against Real, he is going to be fine and he’ll back in contention shortly. He looks fit to me, but we’ll see.

All in all, this is the perfect start to the day.

We can look forward to what the manager has to say now, without worrying that the news on Kyogo is going to be the sort that brings down the great mood we’re all in.

It is certainly not going to be anywhere near as bad as we might have feared.