In Case He Needed It, Here’s Ange’s Lesson About What The Lure Of England Amounts To. 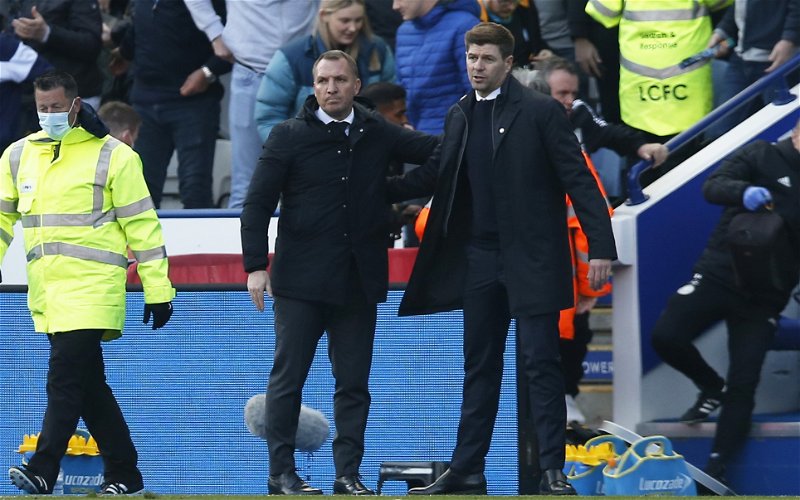 Ange Postecoglou doesn’t strike me as a man who is overly concerned about, or motivated by, things like money.

I get the feeling he is centred on more important things than that. He does not strike me as a man who is overly concerned about, or motivated by, phony glory and basking in the spotlight of “managing in the biggest league in the world.”

He’s also a guy who doesn’t kid himself on. The jobs he would be offered in England right now are those which, quite frankly, are beneath him. Even if he wins multiple titles at Parkhead, there is a snobbery down south which is hard to credit, and which would stop many of the teams offering him the job.

Celtic fans know this. We’ve lived in the shadow of England for too long. In the last few years the game here has lost two managers to the EPL. Neither went to clubs which are normally regarded as “relegation fodder.” Both managers are facing the sack.

Gerrard’s fate has surprised nobody but Steven Gerrard.

He is nowhere near the manager he thinks he is and who the Scottish media feted from the hour he arrived at Ibrox until the hour he left. He dreams of the Liverpool job, but dreaming is all it’s ever been.

He is a mug who had started to believe his own press. Rodgers is of a different category entirely. He at least had a reputation to lose when he went down to England, and whilst he’s lasted longer than some thought he might at Leicester he also won an FA Cup and, at least in the beginning, confirmed that at he’s a serious individual.

But it hasn’t saved him. When you aren’t at a club which is expected to finish in the top half of that league you’re playing Russian Roulette with three bullets in the chamber.

That’s the reality of Premiership management; job security is non-existent but at some clubs, more than others, you’re dicing with death almost from the first day. At others, your dismissal is only a matter of time.

None of this is to say that life here at Celtic is easy; Ange knows better.

But there’s something approaching stability here and there’s a challenge here too … this is the perfect place for him, not only now but into the future. Because if your job is going to be at risk for failure, there has to be something – other than money – which constitutes success.

An FA Cup? Is that what Rodgers left us for? That and the sack?

What did Gerrard turn down Champions League football at Ibrox for? A shot at the Conference League? This is the price of being seduced by the lure of the Premiership.