James Forrest: An Incredible Journey From Hero To Zero To Hero To Legend. 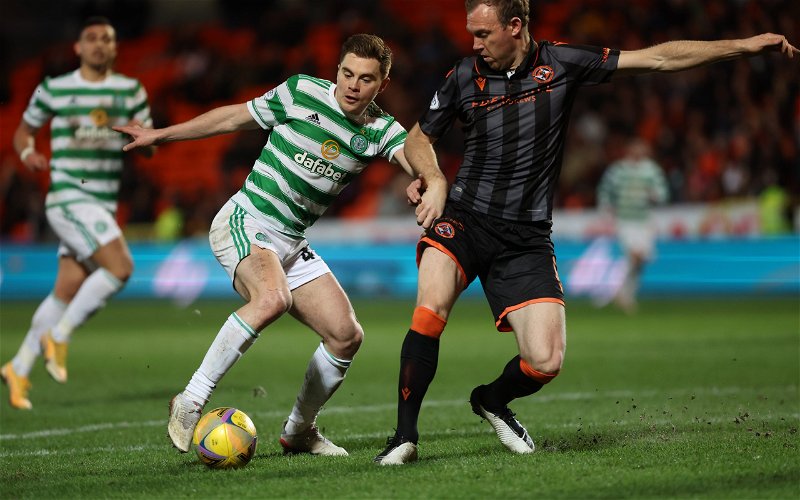 He only went and did it.

The Famous Name only went and scored a hat-trick to reach the 100 goals.

It is so James Forrest. It is so much like the way his career has gone.

Written off, relegated to a bit-part, made to work for the things he should have by rights; a place in the team and the chance to continue his career on his own terms.

I cannot remember the first goal James Forrest scored for Celtic; there are highlights which come readily to mind though, like his performance against Hibs in the League Cup semi-final of 2011.

He was capable of great things at that point and looked set.

Whatever happened to him in the next couple of years, when he lost form and seemed to be heading out of the club? Part of it was that he just didn’t fit into Ronny’s system … but there was more.

He didn’t believe Celtic was the place for him because our club appeared to be in the slow lane. His contract was running down and he had no interest in signing a new one. He had gone from hero in the eyes of the fans to zero in a very short time. When I wrote scathingly that he was useless, that he was lazy and disinterested I was articulating a common view.

When Ronny left, I expected Forrest to go that summer. I saw no reason why a future Celtic manager would want to keep him. But one of the first things that happened when Brendan Rodgers took over was that he gave Forrest a new deal and so began the second phase of his Celtic career … the one where he produced like he never had before.

It was under Rodgers where Forrest became a player not only that you wanted Celtic to keep but one you could not imagine not being in the team. It was a staggering transformation. He was one of the footballers who benefited most from Brendan being manager. He never looked back, not until the COVID season, where he hardly played.

Last season was perhaps his toughest in the Hoops.

He struggled to adapt to life under Ange.

The style seemed as if it was just too quick for him, and I thought it left him behind to an extent. I wrote at one point that the quality of the new signings showed up his limitations; they were as a result of his losing a little pace as he moved into his 30’s.

But he’s scored four goals this season already, which is as many as he managed in the whole of the last campaign, and that strongly suggests that either he’s getting up to speed or Ange makes certain modest tweaks to the tactics whenever he’s on the pitch. Because the Forrest we saw against Hibs at the weekend was easily the equal of this player at his best.

That’s all to the good. I’ve written Forrest off once before, and that was a huge mistake.

He did more than enough to repay the faith Brendan, Neil and Ange have had in him.

He has proved himself to be a magnificent servant of this football club and his story is proper Roy of the Rovers stuff.

Don’t be surprised if there are more chapters to come in it.

James Forrest is a Celtic legend, and it was not a straightforward journey nor an easy one. That alone speaks to his character and his commitment to the cause. I was wrong about this guy back in 2016.

He has scaled heights I would never have believed.

He has achieved something that back then seemed like a pipedream.

For all his critics – and there are still too many – he has earned his place in our history and the pantheon of our great players.