This Celtic Central Defensive Partnership Will Keep Getting Stronger. We Must Keep It. 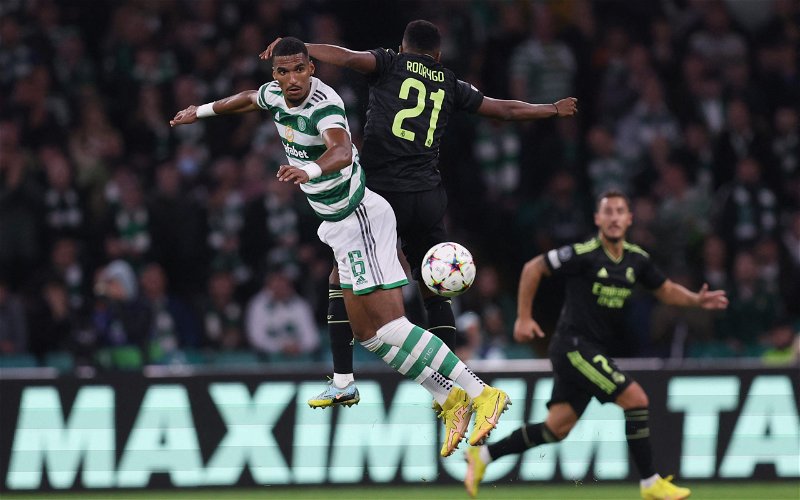 Looking at the way the team approached the game the other night, you recognise that if we’re going to be attacking in that manner that we need top class players at the back. Fortunately, we have a pair of central defenders who are developing into that category. Carter Vickers was secured on a long term deal last season. We need Jenz signed up next.

Watching the two of them, it is impossible not to recognise that this as good a central defence as Celtic has had in many years, since perhaps as far back as O’Neill’s team, although any back line which had Van Dijk in it was going to be special.

Little by little, Carter Vickers has grown into the role and taken full advantage of the platform that this club has provided him.

He had been a wandering player in his teens and early 20’s, never really getting a chance to settle anywhere. Now, at Celtic, he’s found a home and regular games and the adulation of the crowd. But he needed a proper partnership.

I like Starfelt. I think he’s been a strong signing and I was gutted when he got injured at the start of the campaign.

But Jenz has more than stepped into the role; he has made it his own to the extent that it’s the big Swede who now has a job on his hands to convince the manager that he belongs in this side.

I don’t believe that this will daunt him; nor should it.

But the central defensive pairing of Carter Vickers and Jenz is good enough that we should be trying to keep it together as long as possible. These two have an almost telepathic communication, and there were times watching them the other night when it seemed as if they’ve been in the same team for years.

At other times it did look like something new and still in the development phase.

Having Starfelt as the backup speaks to the strength of this squad.

But he’s clearly now the odd man out of the three.

It is critical that we follow up on this in the summer, and bring Moritz Jenz to Celtic on a permanent deal, so that we can continue to grow this back line. If these two get another season together you will see them both – and thus Celtic – at their very best.