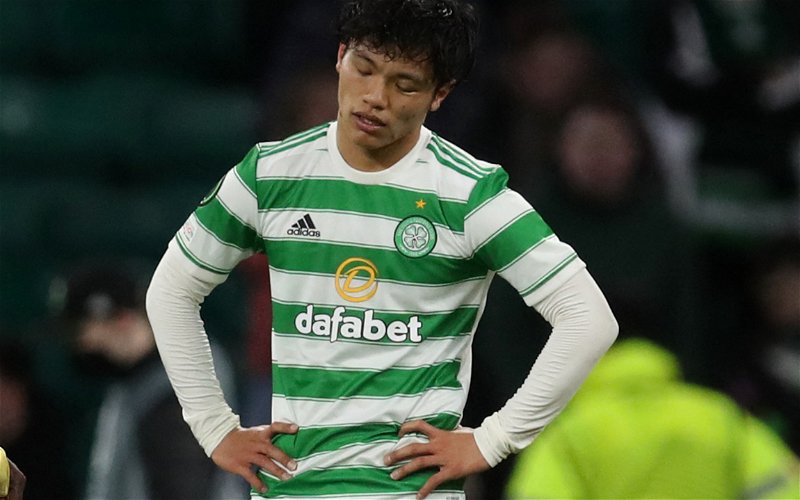 Let’s start with the apology, okay? The one that a lot of people owe to our defenders who were the subject of much bitching and moaning and criticism before this game. A lot went wrong tonight.

They are not accountable for much if any of it.

In fact, I thought the centre backs acquitted themselves well and if anyone is looking to blame them for that then they need to get real.

No, this game was won and lost where I feared it would be; in the midfield.

Their opener is a mistake we make in Scotland but get away with.

Having a defensive midfield player – McGregor himself – moving too far up the park that if he loses the ball you are vulnerable. The moment that pass went astray I knew what it meant.

At this level, that is disastrous.

The second was the fault of the increasingly lax Joe Hart.

A lot of people have been concerned about his propensity for losing concentration and doing stupid stuff for a while.

That tonight was a shocker from him, an absolute nightmare which gave them the momentum after VAR had, rightly, chopped a goal just seconds before. He should be made to pay the travel costs of every fan who showed up in Germany to watch that abject moment.

But it was won and lost, ultimately, in the middle of the park and in particular during a second half. It was as if the moment McGregor went off injured all sense of momentum was lost.

Yes, he was grossly culpable for the goal we lost, but the whole second half was characterised by a lack of organisation and graft which might have secured a different outcome.

For the third game in a row this team looks weary and leggy and that simply shouldn’t be happening this early in the season and it does not bode well for the next two months which are going to be absolutely brutal and in which we’ll have to be at our best.

As far as the Champions League goes, had we got the four points from the first nine I said we needed we’d be in the driver’s seat. Had we secured even one point from that game tonight I still think we’d have been in pretty good nick. We need two wins from two at Parkhead and to hope the Gods are smiling on us. That would guarantee us a shot.

But a shot at what?

Even if we qualify from this group, which is going to take some doing now, tonight was the kind of game this team would be winning if they were in that place where we hoped they would be. Instead, it was an all-too routine European away game beating, the kind we’ve been watching for years, with only the personnel changing.

We were miles off it tonight, especially in that second half where we did only one thing of any consequence. There was no aggression, no pressing, no battling for every ball.

Ange preaches “we never stop” but we’ve seen that we do stop, too often, and at this level that’s lethal. The truth is that this Celtic side is still capable of giving us Jekyll and Hyde … brilliance at times, yes, but capable of shooting itself in the foot with precise aim.

I could put this down to the McGregor mistake, and his subsequent injury, and a Joe Hart howler which should have him hanging his head in shame … but let’s be honest, that second half display got exactly what the performance of the whole team, but especially, the midfield, merited; nothing at all.

Too many folks just weren’t at the races tonight.