Celtic In Madrid, Media Lies And Exaggerations … And Great Ambassadors On Tour. 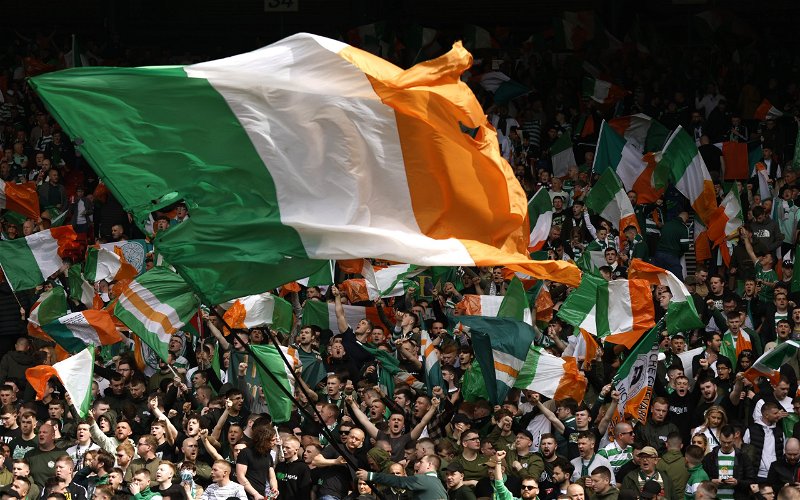 Imagine my surprise to read a fevered media report of a single incident on a train, accompanied by the obligatory picture of our supporters. Not that the story itself stands up; there is footage shot at the scene showing cops pulling people doing nothing wrong at all.

This one stinks of the media playing games. Have they seen the video footage of fans remonstrating with police and put their own spin on it? I would not be in the least bit surprised.

I’m in a Madrid bar as I write this, and I’ve been here since early afternoon yesterday, travelling with a group of friends and meeting up with some others in the city. From 6am yesterday I’ve been mixing with Celtic fans through Edinburgh, Paris and now here and the mood has been absolutely brilliant throughout.

The atmosphere in the city centre is magical and I do not use that word lightly. The locals have been fantastic, especially the Real fans we’ve met – although we’ve advertised our preference for Barcelona at various points haha – and the place itself is phenomenal, beautiful and impressive. There are police hovering around the areas where the fans congregate most – the Irish bars and the little side-streets where you find the bhoys and ghirls in large numbers – but I’ve yet to see an arrest and frankly I don’t expect to. This travelling support is awesome.

Yet “Football Scotland” – better known as The Daily Record Site B – has its little story and that will be amplified a thousand times.

Their “news” that Real Madrid have classified this as a high—risk game isn’t even slightly surprising; any game where many thousands of away supporters, many without tickets, are congregating on a city for half a week clearly brings with it an elevated level of risk … it does not mean, and never has it meant, that they are expecting riots.

There are police going up and down the side streets, so their presence is being felt, but the truth is, they have nothing to do except look on as our fans party. There is an over-abundance of caution I think, more than anything.

Tonight Madrid is a Celtic fan city, and everyone here is having a great time. Local shops, pubs and restaurants are full and our supporters are boisterous and in good voice but the mood is jolly and jovial and friendly. These fans are making the occasion, which was already going to be special.

But “fans behave brilliantly and bring credit to Scotland” isn’t a story … although it ought to be. Ignore the medias pitiful shit-stirring. This is a fantastic fan-base and we are having an absolute ball over here and leaving warm memories of our presence.