Ibrox’s Sleight Of Hand With The Accounts Has Made Their Managerial Dilemma Harder. 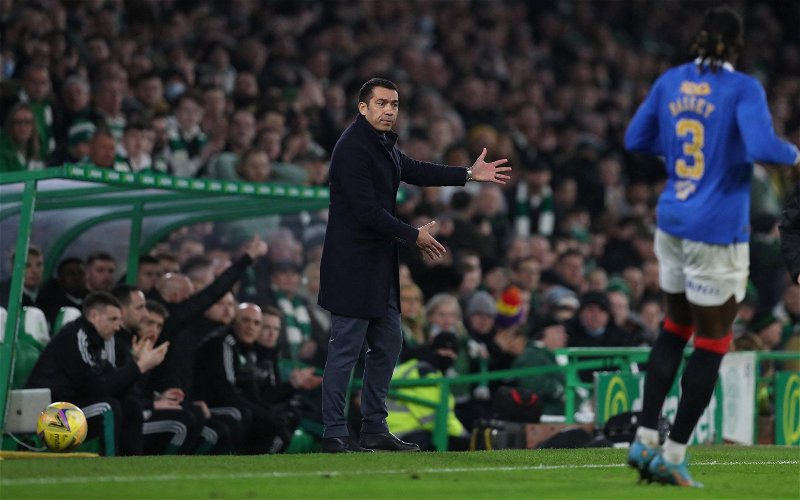 Only a very stupid organisation, facing a major decision over its leading man, would have tried to spin its accounts as a triumph of profitability when they had shown a loss.

Ibrox’s decision to bump up those numbers and to force the media to write a grossly misleading version of them has come back to haunt them today on their forums and amidst the press.

The manager needs to be sacked. That’s the general consensus. The money to sack him is there. Of course it’s there. The accounts say so, don’t they? They posted a profit. So why is there any debate about his future taking place? Surely it’s obvious what needs to be done, and since there is cash in the kitty then isn’t this the best use for it?

What madness this is.

Their whole club is consumed by its inability to play it straight and a fan-base’s inability to face facts. This retreat from reality is so complete that even when the numbers are there in black and white, showing the loss, they still believe the hype.

There are fans over there who see those figures and who can extrapolate from them vast profits which will show up in the next set of numbers; that means, in their view, there’s even more money to spend than those accounts appear to show. Their manager has sat in front of the media and said that this isn’t true. Still they believe what they want to.

There probably is money in the bank right now which enables them to sack him. But then what? What sort of kitty does the next manager get? That cash represents money set aside for the summer transfer window.

If they go pissing it away on getting rid of a struggling boss the next one is not going to have it to spend … which makes attracting a quality replacement all the harder.

There are people over there who believe, as the Brexiteers did, in what political journalists call “cakeism”, one of Boris Johnson’s dubious gifts to the world. “My policy on cake is pro having it and pro eating it,’ he famously said, and that’s how they think.

They genuinely believe they can have all the nice things without recognising that to have one means forgoing another. If they want a manger to have the maximum transfer budget it has to be this particular manager. If they want shot of him the next boss will have less money to spend on his team. Those are the choices, that is the reality.

And this is the risk you take when you indulge the supremacist sentiments of the support instead of levelling with them. If they had let those numbers be published, clean, with the focus on having made a small loss, reality would have peeked through the crack in the curtains and the desperate situation they are in would have been a little more obvious.

But to promote those accounts as being profitable, with the promise of even better to come, has convinced many of them that there is enough cake to go round, and that after having eaten it there will still be plenty left. It’s barmy.

If there was ever a time to be honest with the fans it is now.

Their AGM is coming up, and they have a lot of questions to answer. It might be better for them to start working on that now, and a decision on the manager – to back him or sack him – is first.