Ignore All The Nonsense That Celtic Fans Should Focus On Our Form Not The Officials. 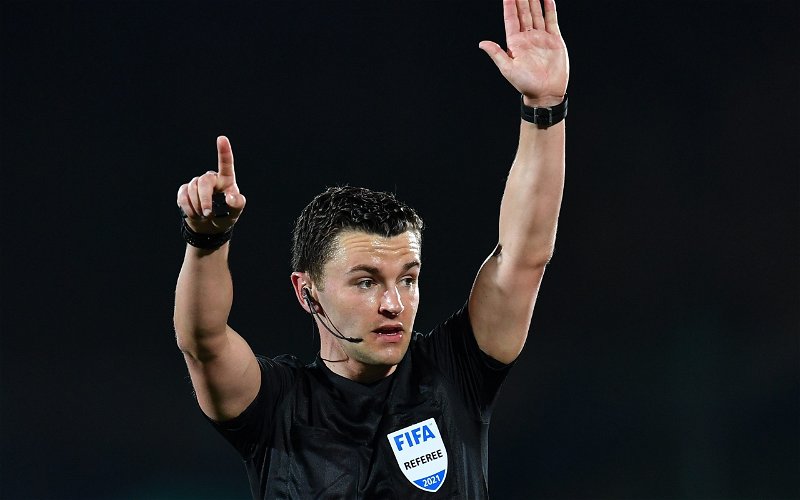 There is no great surprise to see some parts of the media engaging in an ancient sleight of hand; telling Celtic fans to simply enjoy the good times and shut up about the rash of decisions that are going against us. They point to the league table and they tell us that if the refereeing fraternity has people in it working counter to our interests that it’s not going very well.

Apparently, that should be enough reason for us to let it drop.

The logic of this is preposterous. If someone tries to steal your car but runs away when the alarm goes off, are you not supposed to treat that as if it was a theft? If someone tries to steal your wallet, are you supposed to let it slide just so long as they don’t get out the pub door with it? Our ability to win points in spite of official malfeasance should not shut us off from basic fairness.

One of the things these people hate most is that we can attack from a position of strength. If these decisions had cost us points nobody would acknowledge that fact. They would point to missed chances, defensive lapses and anything else that they thought they could get away with. They would do everything to call us bad losers, desperate to deflect.

But we’re not operating here from a place where we’ve dropped points. Our league lead has increased in spite of these calls, and that must drive people mad. For Celtic, there is no better a time to go on the offensive. Our enemies cannot allow it.

So this is what they resort to. To the tired nonsense that because we’ve won we’ve got nothing to complain about. If these people want to make handicapping an official policy of the SFA then let them declare it. “Celtic are too strong, and they need to be hobbled for the good of the game.” If that’s their argument let’s hear it. It’s certainly their logic.

Every club in the league is entitled to basic fairness. Every club in the country would be allowed to argue for it, although who else would need to? Not only are we denied its basic protection, but we’re called paranoids for even bringing it up.

Who cares that these games didn’t see us dropping points? Those decisions are no less appalling because their ultimate objective ended in failure. Those officials are no less biased or incompetent, or whatever you want the word to be, because they did us no actual harm.

The intent to harm this club is obvious in some of these calls. That it has failed to do so is incidental. As with serious foul play the intent is all that matters. The intent is what we’re calling out. The media will not shame us out of doing so by calling us bad winners instead of sore losers. This stuff cannot be allowed to go on. We would be mugs to let it.