The Ibrox Board Trolled Its Fans With The “Panoramic Souvenir” From The Liverpool Game. 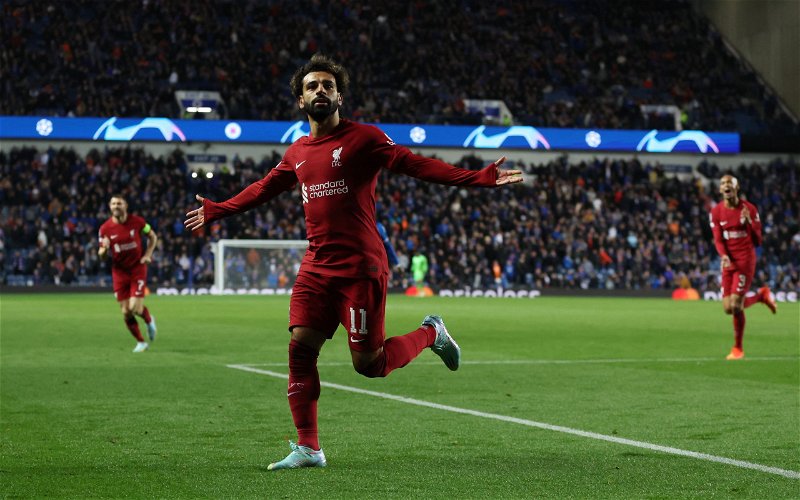 It’s not often that we see the Ibrox board do something that is absolutely crackers and makes us laugh uproariously. They have a habit of doing things that are flat-out nuts, of course, but they don’t usually wind up hitting the funny bone.

But a recent marketing wheeze – the release of a “panoramic view” of Ibrox from the night that they were annihilated by Liverpool – was not just batshit crazy but unintentionally hilarious as well.

Unless, of course, you were part of their customer base, and then it doesn’t look nearly so funny. In fact, it looks like deliberate trolling or worse … outright contempt.

Contempt is a funny thing. It’s expressed in different ways.

Not caring enough about your supporters to even understand how offensive it to them when you release a commemorative panoramic photo of one of the most traumatic nights many of them have ever experienced in the game is staggering.

That is a level of contempt which takes your breath away.

Earlier, I talked about their head of commercial, who they hired from England and who resigned in the wake of that evening because, as a Liverpool fan, he watched the game in their end of the ground and posted a photo of that on all his social media accounts. The club accepted his resignation and then released a still from the same night on their product line.

Who in God’s name did they think would ever want that hanging on their wall? Think of the disconnect from reality it takes to actual market that expecting that somebody would buy it.

It’s all well and good saying that they had made that decision before the game itself and the crushing defeat, but that they didn’t just pulp it is extraordinary.

To put that on sale, that’s just rubbing people’s faces in it. They might as well have stuck a little picture of Salah celebrating his hat-trick on it. The fury from their supporters would have been no less, or less deserved, if they had.

I try to imagine what I’d do in their shoes.

I try to image the article I’ve had to write has this been Celtic, but I really don’t have to because the Scottish media would have excoriated us for it, and the hacks would have been pissing themselves laughing.

As it is, they’ve given us a good laugh instead and they have made it clearer than ever about how little regard they have for their supporters. That has to hurt their fans.

It’s just another thing that will make their coming AGM very, very interesting.