How is Celtic’s season shaping up so far 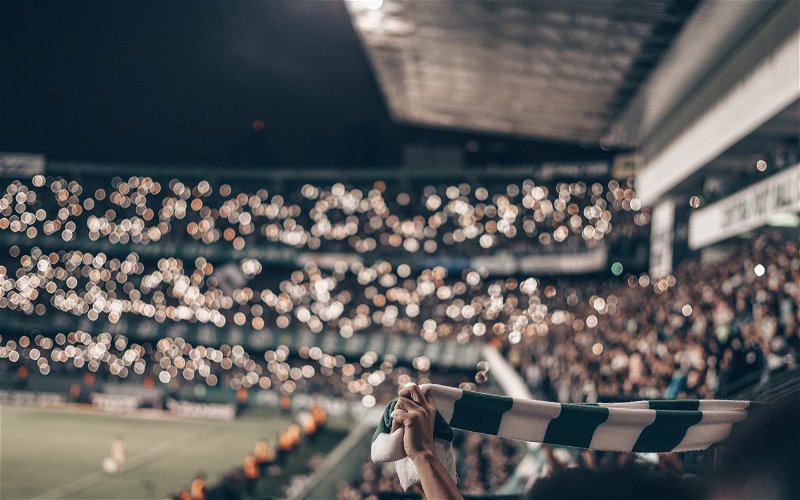 With the mid-season World Cup break now upon us, Celtic can reflect on a whirlwind start to the campaign that has propelled them to the top of the Scottish Premiership with a nine point lead.

Just one defeat from their opening 15 league matches has left the Bhoys well clear of the second-placed having already thrashed them 4-0 in the first derby of the season.

Celtic, despite one slip-up away to St Mirren on 18 September, have been a domestic juggernaut, with their last league defeat before their trip to Paisley this term coming a year prior on 19 September 2021 against a stubborn Livingston outfit.

It hasn’t all been an easy ride this season though as another disappointing European campaign has drawn to a close at the group stages for the Hoops yet again.

It would be remiss though to ignore the spirited performances put in at Celtic Park against Real Madrid and Shakhtar Donetsk, signs of better things to come perhaps.

Even with another underwhelming trip across the continent in the books earlier than anticipated, there is little doubt Ange Postecoglou has done an incredible job, overseeing a remarkable transformation on the East end of Glasgow and his side are looking ready and primed to clinch yet another Scottish League title.

The contrast between the side that fell short of the mark in 2020/21 to the side we see now is night and day.

On the one you had a team plagued with poor recruitment, a lack of confidence and repetitive shortcomings and on the other a display of ruthless aggression, resilience and team spirit matching any of the best Celtic squads in recent memory.

Celtic are -1400 to win the Scottish Premiership this year according to soccer betting sites.

A large part of the success is down to the footballing philosophy the Aussie boss has and the excellent recruitment that has allowed him to implement it with ease. The current crop of Bhoys are in fine form and are a joy to watch from the sidelines.

The reversal in fortunes is epitomized by Greg Taylor’s form.

Who would have predicted this time last year that at this stage of the 2022/23 season Taylor would be considered Celtic’s best performer, out of all the exciting talents Postecoglou has at his disposal?

He has become an integral cog in Postecoglou’s machine with some exceptional performances in defence and equally effective contributions in attack given the Hoops real impetus when going forward; he’s been critical to the team’s success this season.

The depth and quality at the back is also on show with the work of Cameron Carter-Vickers as the USA International has picked up the reins as the captain like a duck to water and his absence in the backline is often felt. In midfield, Reo Hatate has kicked on from last year and shown what he’s really capable of.

His exceptional technical ability has always been obvious but there’s a new tenacity and energy to his performances that is manifesting itself. Postecoglou has predicted there is more to come from Hatate and that’s an exciting prospect because, as it stands, he’s already one of the first names on the team sheet.

Up front Celtic have an embarrassment of riches too. Jota has established himself as the main creative spark going forward so much so that he finds himself on the fringes of the national team for Portugal.

Meanwhile, Japanese sensation Kyogo Furuhashi has been bursting the net since the moment he arrived at Paradise and is exactly the prolific goal scorer Postecoglou was dying for come the beginning of last season.

The likes of Jota, Giakoumakis and Kyogo are lethal in attack and Carter-Vickers, O’Riley and Taylor are keeping things under lock and key at the back. All across the field, there are playmakers that can turn a game on its head and while there have been some close calls this season, this side has a habit of coming out the other side unscathed.

As is always the case in Glasgow, the league is the bread and butter, and Celtic are currently lording it over a struggling Ibrox outfit. Their commanding lead owes just as much to their own relentless consistency on the domestic scene as it does to the woes of Giovanni van Bronckhorst’s men on the other side of the city.

They fired him this morning, as if that would change anything.

They have toiled to build upon their run to Seville or Scottish Cup success and now sit nine points adrift of Celtic after dropping points in three of their last five games. Combine that with their Champions League disaster, the winter break has come at a critical moment for their team, who even at this early stage are needing to reboot and make use of the January transfer window.

And a new management team to oversee it.

It’s been a rough road since their 4-0 defeat to Ajax in Amsterdam a few months ago which started a slump in form that has stretched all the way to Christmas by the time the league would’ve restarted.

Perhaps the assessment is a bit harsh given the number of injuries through their squad but nonetheless, there are some big problems at Ibrox that need to be solved if they are going to challenge the seemingly indomitable Hoops on the domestic stage.

Questions have been asked by fans over recruitment, with Calvin Bassey and Joe Aribo-shaped holes being alluded to, particularly in recent weeks and on the European stage.

Finding an attacking option on the right is still an issue; getting a consistent tune out of Ryan Kent another.

Antonio Colak’s goals in attack have offered encouragement, though, and getting more out of other newcomers such as Malik Tillman and the currently injured Tom Lawrence will be key to salvaging a title race.

The two clubs are inextricably linked in their fortunes on and off the pitch, if one team is succeeding the other is falling behind and this season is no different in that respect and a lot of credit has to go to Postecoglou for that.

On the whole though, Celtic have handled their heavy workload remarkably well, thanks in no small part to Postecoglou’s squad management, and the manager’s already sky-high stock with the fanbase has only risen further as a result.

He is well on his way to delivering a second successive Premiership title, and you wouldn’t bet against them in the cups either, cementing his already revered status with the Celtic support.