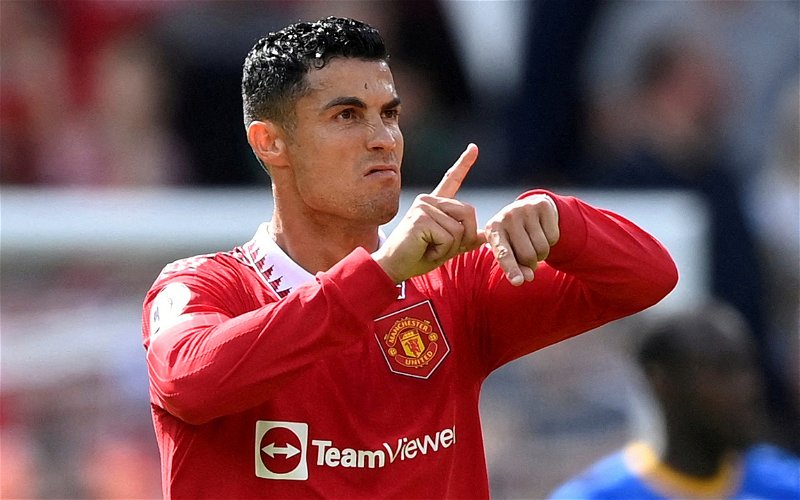 Michael Beale is set to launch an audacious bid to prise world superstar Cristiano Ronaldo from the clutches of a host of top clubs, including a whopping £178 million offer from Saudi Arabia, in a quest to bring glory back to Ibrox.

This transfer deal, which would shatter the pretensions of the East End club across the city and strike fear into their hearts, was, last night, said to be on the brink of being signed off on by an Ibrox board which is increasingly excited about Beale’s vision for the club.

The ex-QPR boss is determined to prove himself to the Ibrox faithful, and ring the changes, and he believes that a “statement signing” is the best way to do it.

Nothing would make a bigger statement than bringing a global football icon to Ibrox, and the thrill of closing the most sensational transfer deal in the history of Scottish football even as Celtic’s title winning team starts to come apart might prove too good for the money men to resist.

It would be an expensive piece of business, but sources close to the Ibrox board were talking it up last night as they see it as a deal with an enormous commercial upside.

Amongst they opportunities they are thinking of exploring is a “Ronaldo edition” home strip, which Castore are already rumoured to be working on. “Ronaldo Editions” of their other 83 football shirts are also said to be in the wings, along with other quality products.

Football finance expert, Neil Prattler, spoke to us last night from a city centre wine bar, where he slurred confidently that “This can be a tremendous deal for the club. If he signs they can expect to coin in millions in additional revenues, and that alone should make the tens of millions that he would cost them a good deal all round. All round? Whose round is it anyway?”

Sources close to the player would not comment, but they did laugh quite a bit.

Former Ibrox striker Kris Boyd thinks that’s probably a good sign. “They wouldn’t be joking if they weren’t taking this a little seriously. It’s obvious that the move has appeal.”

This reporter tried calling Celtic for comment, but telephone reception in the wine bar was very basic.

I was, however, able to get hold of their manager.

“Oh Christ, Keith, you again mate … Can’t you find somebody else to harass? Do I wanna comment on Cristiano Ronaldo signing for … no I don’t want to comment on that, if that happens I’ll marry a bloody kangaroo. It’s three o’clock in the morning, piss off and let me get some sleep will you?”

Ibrox’s directors will take heart from that. He already sounds rattled.