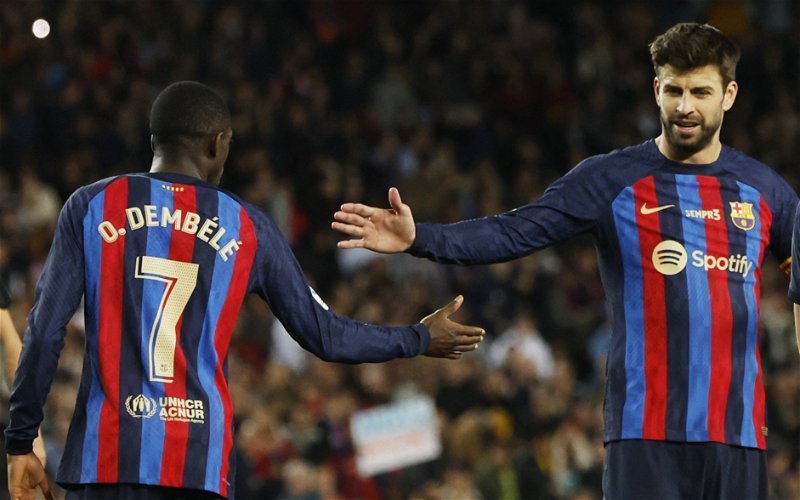 The Juranovic transfer story took a bizarre new twist today when a new name emerged as an interested party; Barcelona. I read that and wondered, “Really?”

On the surface of it, the story seems a bit mad. Aren’t there … better options available to the Catalan super-club? In spite of their financial situation, are they really now shopping in the SPFL? Does that sound like a goer? Does that sound even remotely likely?

There are reasons why it could be. Which is what makes it truly mad.

For openers, those financial issues at Barcelona are severe. That puts them out of luck when it comes to signing the truly top bracket footballers. Secondly, this isn’t shopping in the SPFL: that’s the entirely wrong way to look at it.

No, this is “shopping at the World Cup” and that’s a different thing.

On top of that, Juranovic has been growing in stature and confidence for the whole of this tournament and his best performance, so far, was against Brazil and a player who Barcelona unfortunately know well (and so do we.) They might figure that if he can keep Vicinius Junior out at this level he might be worth the punt on.

The buzz around Juranovic has something of a self-fulfilling momentum. Rumours still link him to Atletico Madrid. I scoffed at those at the time (and the club denied it) but that those stories, so many of them, are in the air adds some weird credibility to these other crazy tales. It all increases his profile. The sense that there is active interest does weird things.

There is an illustrative story about what we should do next; in fact, there are two.

One we saw happen and another which we heard did.

The one we saw was on Sunderland Till I Die as their board, desperate for a striker, entered into a bizarre auction with themselves over Will Grigg. His club did not set them a fee.

They did nothing except refuse every transfer bid until finally Sunderland threw a crazy number at them.

Had his club named that price at the start negotiations would have ended quickly. They didn’t. They let Sunderland bid against the clock, and it worked like a charm.

A similar dynamic, on a much larger scale, played out when Leicester sold Harry Maguire to Manchester United for an obscene fortune which no-one can quite believe to this day.

They basically followed the same formula. They asked of United only one question; how much do you want him? And then they let that club get carried away finding the answer.

Remember; if one club is interested we’ve got a bid. Give them no encouragement.

If a second club is interested we have a bidding war between them and we should do nothing in that case either.

If there’s a third club interested you have an auction and then you wait to see whose need is greatest and whose intent is the most serious.

(Or you wait to see who’s most desperate or out of their minds.)

And we might now be on the brink of that.

If this Barcelona story has anything to it at all we might well be in the middle of one already.