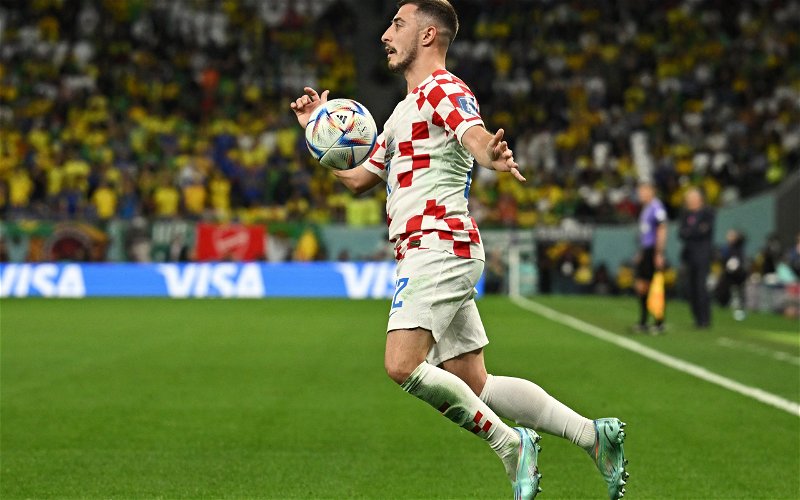 And the Croats go marching on! Juranovic goes marching on! The semi-final beckons for a team who just do not know – and will not accept – when they are beat. At the centre of their performance was Juranovic, growing in stature with every game.

I thought he was absolutely magnificent tonight. I thought the whole Croatian defence and midfield stood up brilliantly against one of the best attacking teams in the world. The longer the game went on the more you saw the upset coming. When they clawed their way back into it with the equaliser I knew they would win the penalty kicks.

They are a well organised team, one that will give anyone trouble because they are hard to break down. Juranovic, though, rose above even the rest of the disciplined defensive unit tonight, so far above them that the Brazilians, who had started the game throwing everything down the right, changed their approach entirely.

One of the first players to be sacrificed with Vinícius Junior, who didn’t get a look in the whole time he was on the park. Juranovic kept him quiet, and when he went off the whole plan changed. They started playing most of their hopeful football down the left. The player, Rodrigo, who came on for the Real Madrid striker stopped trying to beat him when he did have the ball, and started pinging crosses into the box a lot earlier.

That’s how good he was; he rendered Brazil’s early game-plan virtually ineffective.

The commentators raved about his performance, and no wonder. He now gets to strut his stuff in a World Cup semi-final. We will never get a better platform on which to advertise this guy if we’ve already made the critical decision to sell him.

Juranovic was worth more than the paltry sums being bandied about today before that performance. God knows what he’s worth having kept quiet some exceptional talent. That was as good a game as I’ve witnessed him have, and it doesn’t matter that it wasn’t in a Celtic shirt but in the colours of his national team; I’m damned proud.