Celtic Needs Another Challenger. So Yes, I Hope For Signs Of Life In Aberdeen. 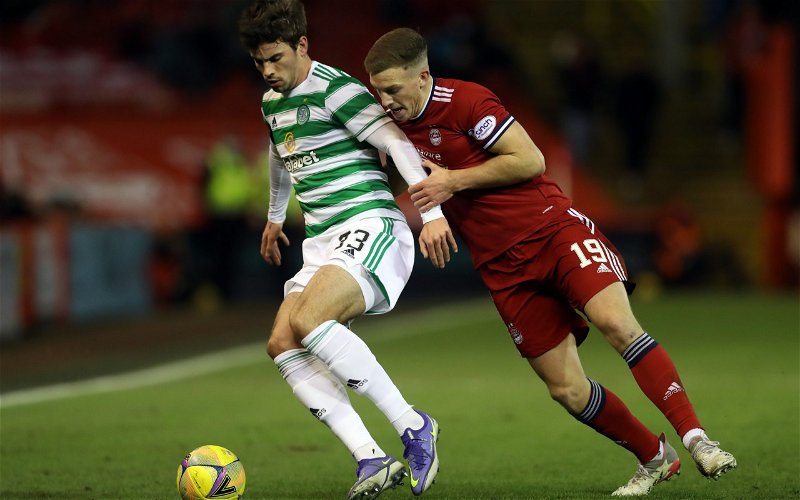 Regular readers will have noticed that amongst others, I give Aberdeen a particularly hard time on this site. I was not a fan of Derek McInnes and wrote often that they were better off cutting him loose. I thought the appointment of Stephen Glass was frankly ridiculous. I believed that Jim Goodwin was another terrible decision on the part of their board.

I write about Aberdeen more often than any other club (Celtic excepted of course, since this is a site written by Celtic fans) except the one from Ibrox. The Ibrox club are our local rivals and biggest threat. Aberdeen are the threat that I’m hoping for.

Challengers push you to be better, and I dearly wish that the Ibrox club could rid itself of the toxic nonsense which surrounds us so we could have a proper competition with them, one where they aren’t financially doped and up to their knees in fenian blood.

Alas, there is no sign that this will ever change.

So I long for a challenge from somewhere else, one that is based on football and nothing else, and Aberdeen are a club with big plans, including relocating to a new stadium. They just completed their new training ground and their owner has balls.

What he doesn’t have is much common sense when it comes to picking a manager. His two choices so far have been dreadfully uninspiring, and you have to wonder who he has been listening to. That club badly needs a clearer direction and a more ambitious strategy.

They are the best placed amongst the clubs around us. The Edinburgh clubs offer signs of life from time to time, but Aberdeen has been consistent enough that they should be well established as the third force already, and pushing for the number two spot.

So yeah, watching that last night frustrated me just as the dreadful performance at the weekend did. I want them to better than they are, I want them to be good enough to think they can take points from us and to actually take some from the mob across the city.

All it will take is for one club outside Glasgow to grow to the point where it can maintain consistent form against everyone else, a club which gets just that little bit better than the clubs around them and then sets its sights ever higher. And it won’t necessarily take a lot of money to do it, just a laser focus and making the right choices.

Starting with the guy in the dugout. Unfortunately, hiring from Paisley hasn’t worked as well as it did for them previously and it isn’t going to. Aberdeen are the most underachieving club in the game here and Jim Goodwin’s 37% career win record and a Championship play-off place as the manager of Alloa is very obviously not the man who is going to change that.

Until they come up with someone better they will remain stuck in the mud and as far as I’m concerned that is a great pity, because I want to see that club … not succeed as such, but at least make a go of it. To put up a fight.

Because that makes us work harder and strive to be better too.