Ex-Celt’s “Team Of The Year” Had Just One Shock Selection In It. 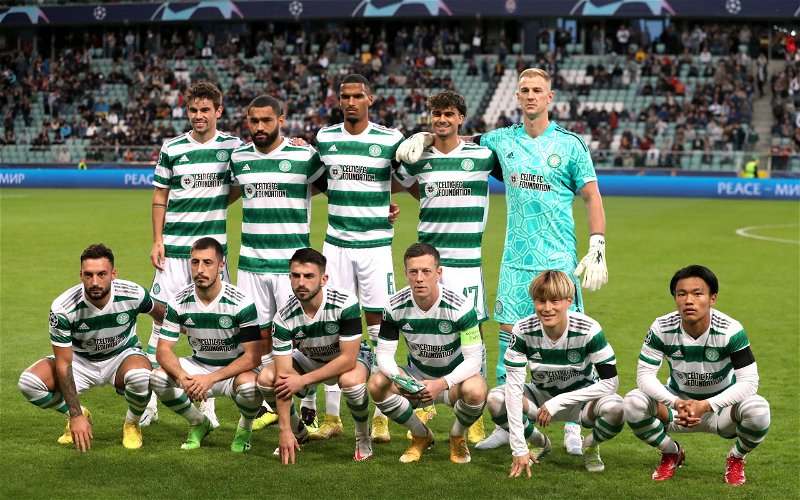 Charlie Nicholas – yeah him again – picked his Team Of The Year the other day, and although there was some modest attempt at push-back from across the city nobody put up much of a fight because they really can’t. He named eight current Celtic players, one Celtic loanee and one player from Ibrox in the eleven. It’s the loanee who is the big surprise.

Let’s be honest; Nicholas only looks at stats and from them he does his extrapolations. He saw Colak was top scorer in the league – he isn’t, not now, our own boy Kyogo is – and based his selection of him on that. Kyogo makes the team of the year anyway.

With Craig Gordon in goal, his backline has Juranovic, Carter Vickers and Taylor in it. If you’d told people at the start of the season that Greg Taylor would make most people’s team of the year you’d have been looked at as if you’d grown a new head.

But there he is, in Nicholas’s team and he’ll make a right few others as well, and he deserves it because he’s been one of the best players in the league.

The midfield is all Celtic; McGregor, Hatate and O’Riley and I would defy even the most rabid Ibrox nut to come up with a reason to disqualify any of them. They have been the outstanding trio in the country, and nobody can dispute it.

The forward line has a Kyogo, Jota and Colak. I could have made a strong case for Abada and until lately big Giakoumakis as well, but Nicholas clearly feels he has to get someone from Ibrox in there somewhere and Colak is the only one who fits.

The oddity in the team – and I don’t mean this in any negative way – is that the missing defender is none other than Liam Scales, who Nicholas thinks has been excellent. Jim Goodwin, by the way, agrees. I wrote a piece on him earlier in the month – after the game against the Ibrox club – where I said he looked nowhere near the level we need.

But I know others believe he’s been impressive, and so perhaps this one needs another look. Nicholas is not a guy who’s opinions I automatically trust, but putting a player in the team of the year is a pretty big statement … and there were a few obvious candidates who could have made it in there instead. An interesting one to think about.