Goodwin Continues To Defend His Team’s Dreadful Tactics Against Celtic. 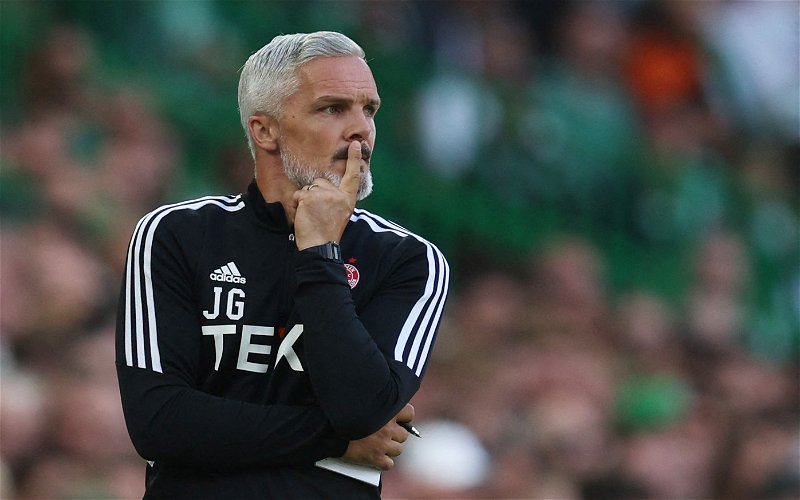 You would, I think, if you were looking, struggle to find a single person who can honestly defend Jim Goodwin’s tactics at the weekend. You would struggle, certainly, to find anyone who does not believe that they were overly defensive at best.

Most think it was more than that; most think that it was positively suicidal to allow us that much of the ball.

Inside his head, I think he genuinely believes that it would have been some kind of moral victory for his team to have taken a point with their 19% possession. It would, in fact, have been a travesty. I continue to think it is irresponsible for the hacks to encourage those kind of tactics. Our game is not going to develop if this morphs into the norm.

A lot of teams play this way against us now, although few would dare to be quite so defensive on their home soil. Our winning ratio suggests strongly that it does not work.

The quandary for managers is that teams who do have a go tend to get slaughtered like sheep. But these tactics aren’t going to fix the central problem, which is that most managers have essentially written these games off before they ever start.

The thing is, it’s all well and good for us to say this, and for the media to issue its own condemnation, but it’s the home fans I ultimately feel for, who bought season tickets in the full knowledge that at least twice a season they will see no effort from their team whatsoever in terms of attacking intent, and that many clubs play like this against Ibrox is equally absurd.

Goodwin continues to insist that it was the beating his side took at Ibrox earlier in the campaign which inspired Saturday’s dire effort.

He clearly hasn’t thought that through very well because the same team travels to Pittodrie tonight and he dare not use that same tactical approach for that match.

He should quit digging and focus on the problem, which is how to put together a system which can put The Mooch’s team on the defensive.

He shouldn’t be wasting time or using up focus on trying to defend an approach which nobody believed worked or would have worked.

He laments that his team held out for 86 minutes and thinks he was unlucky on the day; had we scored earlier in the game – and we had enough chances to do so – what was his Plan B? Did he even have one?

That’s the problem with these managers and their negativity.

If we do score early it forces them to abandon the strategy and do the very thing they didn’t want to do.

He was relying on nothing but pure dumb luck. He won’t last long in his job if that’s the requirement for his side to win things, and to be frank he doesn’t deserve to.