Liam Scales Doesn’t Look Like A Player Who’ll Be Returning To Celtic Any Time Soon. 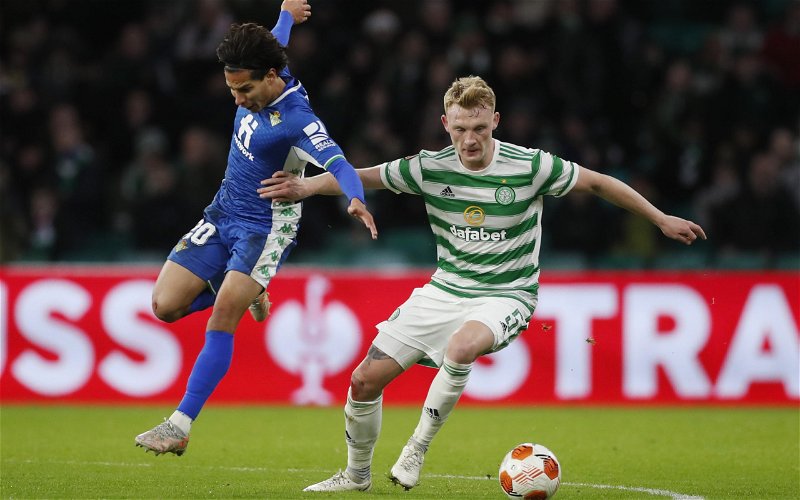 Last night’s game at Pittodrie was interesting to a lot of us for more than just what the result might be. Liam Scales was taking part in the game and it was a real opportunity to see how he has developed as a player.

The answer, sadly, is not well.

It was obvious when we signed this guy that the boss didn’t think he was anything like the finished article. He played a handful of games and nobody resisted the idea of sending him out on loan.

It always seemed to me that the biggest thing he had going for him was that he made Shamrock Rovers a bit of money; our largest shareholder has interests there.

Aberdeen offered him a chance to do what so many other players have been able to do; to go and get some game time and return to the club a genuine contender for a place.

He did not look like a genuine contender last night, rather a player at his current level.

His current level. That needs to be pointed out. He may have more to offer and there might be more to come, but I see no sign that he will do it at Celtic Park. But this is the upside of having these guys on your own doorstep; you can see how well they are doing just by turning on the TV. In this case, those last few minutes were pretty horrific.

He can’t be solely blamed for that. I thought Stewart had just as bad a game and, in fact, he was the one who sold the first goal. He wasn’t the worst player on the park by any manner of means either. On top of that, let’s be honest; the Aberdeen fans treated him abysmally and it must be a challenge to motivate yourself for such supporters.

But still, I don’t see a Celtic player there.

Ange has proven himself utterly ruthless, and Scales was an early victim of that. The additions we have made to the defence are such that I simply do not see this guy returning to Celtic any time soon, and if not soon then when?

Aberdeen want to keep him beyond his current loan; we should not make it difficult for them to do so.

Some things just don’t work out. This hasn’t and it won’t.