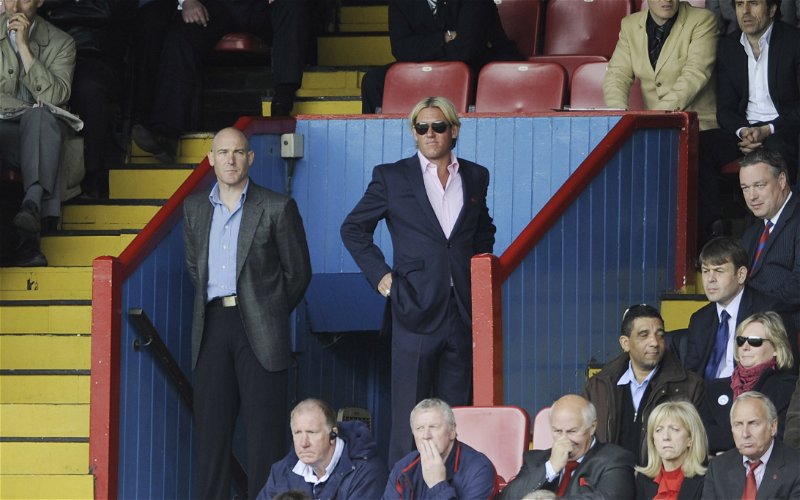 Simon Jordan, as regular readers will know, is not ever going to make my list of most favourite people. I think he’s a rabble rouser and a clown. He’s one of those guys who thinks that there is some virtue in controversy for its own sake. I think he should stick to the circus act and stop trying to pretend that he’s a serious commentator.

But like many of these guys he’s not always wrong, and when he gets directly to the heart of a matter he’s sometimes right on the money. Today is one of those times, in his withering attack on The Mooch and his decision to go to Ibrox.

He is also correct about the gap that exists between the clubs.

It is amazing to me – although it probably shouldn’t be – that the only voices in all this who are calling Beale the snake that he is are all deployed south of the border. This guy might not realise it yet, but he’s blotted his copybook with this decision and he’s removed his name from the lists of clubs who might otherwise have considered him for boss.

Disloyalty like that comes with a price, and The Mooch will pay it in due course. There’s little doubt about that, as Jordan has pointed out.

“Loyalty is a two-way transaction,” he said. “The bottom line is QPR gave him an opportunity, nobody else game him that. He was going from being an assistant manager, which is vastly different. Integrity and decency and loyalty are things that will carry you much further.”

He also pointed out that, “There are too many football managers out there who don’t understand that it’s not about taking every opportunity, but taking the right opportunity.”

The Mooch has done all the heartstring tugging stuff and professed his love for the Ibrox club. He’s “one of their own” now, or so he makes it sound. He would not be the first person, or the last, to get sucked into the “Ibrox culture”, although some of them recover their common sense the minute they are out the door.

But many people simply believe he’s taken what he thinks is an easier gig. The job over there, in the eyes of these morons, comes down to beating only one club. He reckons that it will be easier to win honours at Ibrox than at QPR or Wolves … and I think that’s probably what is at the heart of his decision when you come right down to it.

Jordan doesn’t think The Mooch will get that lucky. He thinks he’s going to crash and burn, because, as he puts it their club isn’t within touching distance of ours. “This guy, in my view, will get his backside handed to him by Celtic. Celtic are miles away in terms of their dugout and their financial section. I think he will reap what he sows.”

I agree wholeheartedly and that makes me feel sort of queasy. It always feels wrong to agree so completely with what someone on that station says, but the truth is that I can’t really argue with any of it either this time.