The Mooch’s “Three Point Gap” Theory Is The Sort Of Arrogant Twaddle That Loses Leagues. 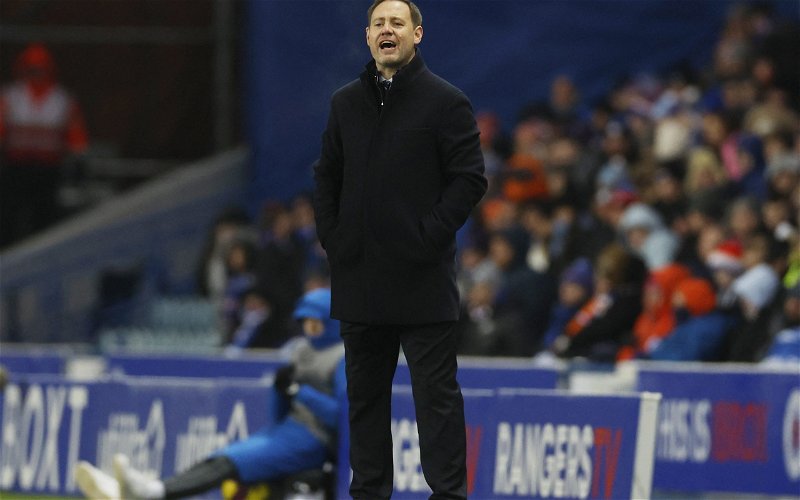 It must be weird to be stuck in a reality that seems unreal to you. I don’t know if The Mooch is starting to feel it yet but the journalists who sit and listen to this guy every week must already see a man who has, at best, just one foot planted in the real world.

I said recently that if he wasn’t going to make it as a manager he has a career option as a comedian … he continues to prove it.

Yesterday’s presser must have been otherworldly, as he attempted to explain why Celtic’s nine-point lead should actually only be three. Journalists who have already sat through “the club holds all the cards” and “I would rather have a player with six months on his deal than one with six years on it” must wonder what they’ll hear next.

Is this guy playing with a full deck or what? What do the hacks expect now when they sit down to listen to him talk? Analysis of football issues or surrealist nonsense? It should be obvious that this guy is a little out there, but it seems the more he comes out with this kind of crap the more the media in this mad country indulges it.

Right now there are at least three online articles seeking to “explain” his comments, as if they need it. He accepts losing to us, but doesn’t think that his team should be dropping points to anyone else. If a Celtic boss talked this way they’d be leathered by the media.

This is arrogant, preening nonsense, and for their club it is dangerous nonsense too. It is disrespectful supremacist guff and the contrast between their attitude towards this stuff and ours is one of the reasons why we do have a nine point lead.

Ange treats every opponent with the utmost regard and respect. At Ibrox they do not. There is a presumption, always, that they should win.

Teams are expected to show up and play their assigned roles as cannon fodder; that’s what the rest of the league represents to this clown, and you can hear in this stuff all the reasons he left England for this job in the first place.

He reckons that this is an easier gig. Guaranteed money to spend (oh what a shock he’s in for) and only one team to beat in the country. he reckons this is somewhere winning honours is a piece of piss as he only has to get lucky and either wait for us to get knocked out of the cup or hit us with a sucker punch in a one-off game.

The contempt behind his comments is incredible, and it’s not just for those other teams in the league but for the manager who was in the job before him.

He sneers at Van Bronckhorst, which is the least you expect since he wilfully undermined the guy and then stabbed him in the back. He’s also heaping massive pressure on those players of his … and that’s a stupid move in and of itself.

The more I listen to this guy the more I think “clown.” The more I see of him the more I feel he’s the sort of manager who should turn up at the training ground in full costume, with the floppy shoes, stepping out of a car with yellow doors and a nose on the front which squirts water when you honk the horn.

Because perhaps the stupidest thing about most of what comes out of his mouth is that it’s his own grave he’s digging here, because after all if these clubs are such pushovers how can there be any excuse for not winning comfortably every week?

The Ibrox fans already buy fully into this garbage, and they’ve held every defeat against every manager at that club since they crawled out of Rangers’ grave. Even Gerrard was widely regarded as being on the brink of the sack a couple of times there.

All this guy is doing is making a rod for his own back, and you know what?

Even if we weren’t willing to whip him with it – and we are, of course we are – his own fans will be more than happy to pick it up and do the honours. He is a fool not to see it.