The Record’s CelticTV “Conspiracy Theory” Headline Is A Shameful Slur On Tom Boyd. 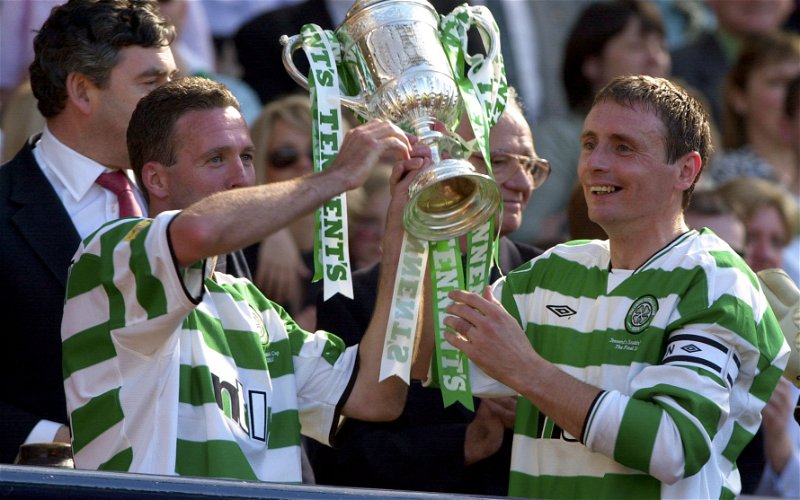 I firmly believe that unless the presenters of Ibrox’s in-house TV show are waltzing around the studio up to their knees in fenian blood that nothing they say on there is really anybody else’s business.

They are in the media department, not the football department, and so can get away with things that other parts of the club cannot.

They are partisan. Christ sake, they ought to be.

What else do you expect on the official club channel? As long as they aren’t indulging in the old supremacist bigotry I generally could not give a hoot what it is they say and do on there.

But there is a section of our media – which works at The Daily Record, and which is personified by the individual named Mark Pirie – who thinks that it’s right to pass comment on what the likes of Tom Boyd say on ours.

The only people in Scotland who need to worry about what Boyd and others say on that channel are CelticTV’s own subscribers.

And I reckon most of them were pretty pleased with what they heard last night.

How dare Pirie or his rag of a newspaper stick up a headline accusing Boyd of peddling a conspiracy theory?

Their transcript of the conversation in question never once strays into that area of discourse.

He thinks there are legitimate questions for officials. He wants decisions to be properly explained. And as an ex-Celtic player he is fully entitled to note how many of them go against us.

Pirie has no business whatsoever bitching about any of it.

There are people in our news rooms who smell the stink in the air, the same one the rest of us do.

Perhaps they ignore it because it’s a stink that suits them. They are so desperate to see their team come out on top this season that they don’t care how it happens. But I think others are just yellow from the tips of their hair to the tips of their toes.

I am not saying Pirie is one of them, but to accuse Boyd of pushing conspiracy theories when all he’s doing is raising legitimate concerns and asking legitimate questions is like something swept from the floor of an Ibrox fan forum cellar.

Boyd is working on our channel.

He’s a club ambassador and a former captain.

If Pirie and some of the other spineless wonders were focussed on doing theirs instead of indulging in this curtain twitching garbage, their own industry would be in a better state.